Chennaiyin FC and Kerala Blasters FC played out a goalless draw, while Odisha FC staged a comeback as they held Jamshedpur FC to a 2-2 draw 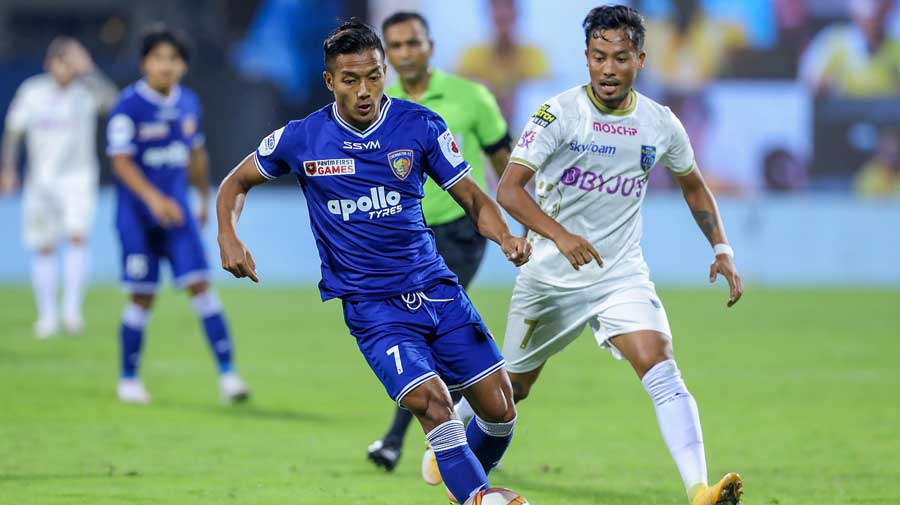 Irom Seityasen of Kerala Blasters FC and Lallianzuala Chhangte of Chennaiyin FC in action during their Indian Super League match at GMC Stadium in North Goa on Sunday.
PTI
PTI   |   Bambolim   |   Published 30.11.20, 02:35 AM

Chennaiyin FC and Kerala Blasters FC played out a goalless draw in an ISL match here on Sunday.

The draw meant Chennaiyin remained at third spot with four points from two matches while Blasters are in seventh place.

JFC’s Nerijus Valskis scored twice to take his team ahead, but Mauricio changed the complexion of the game after the break, to wrap up a thrilling 2-2 draw. In the stoppage time, he scored the second unleashing a powerful shot from inside the box.