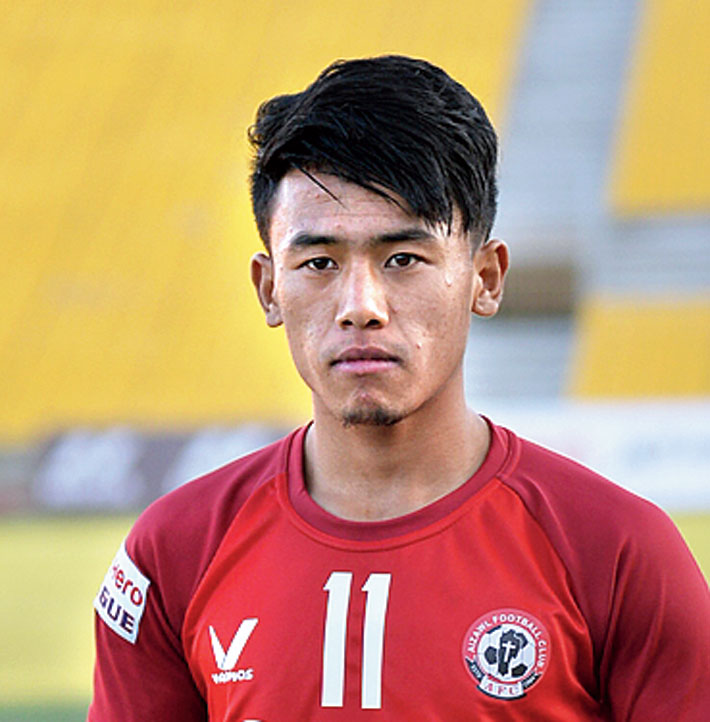 A timely strike from Isak Vanlalruatfela salvaged a 2-2 draw for hosts Aizawl FC against Churchill Brothers in Aizawl on Wednesday.

With this draw, Churchill are jointly on top of the table alongside Mohun Bagan with both teams having 10 points from five matches but a better head-to-head record sees them on top. Aizawl meanwhile are on the fifth spot.

In the 44th minute, a low cross from the right flank by Joe Zoherliana was foiled by the Churchill goalkeeper Jafar Mondal and it fell to Aizawl’s Abdoulaye Kanoute who tapped the ball in from close range.

In the 64th minute, Israil Gurung got a free-kick produced a dangerous curling strike. Home team goalkeeper Lalawmpuia couldn’t gather the ball cleanly and the loose ball was tapped in Robert Primus to level the score.

Tiddim Road Athletic Union (TRAU) FC registered a magnificent comeback victory over Neroca FC in the first-ever Imphal Derby of the I-League. Boubacar Diarra gave the visitors the lead in the ninth minute before Naocha Singh equalised for TRAU in the 41st minute.

Krishnananda Singh headed home for the hosts in the 64th minute, which turned out to be the match-winner.

The game truly lived up to its billing of a Derby right from kick-off. In the second minute, TRAU goalkeeper Mithun Samanta came off his line to clear a lobbed delivery but made a total hash of it but Abhishek Das cleared it off the goalline.