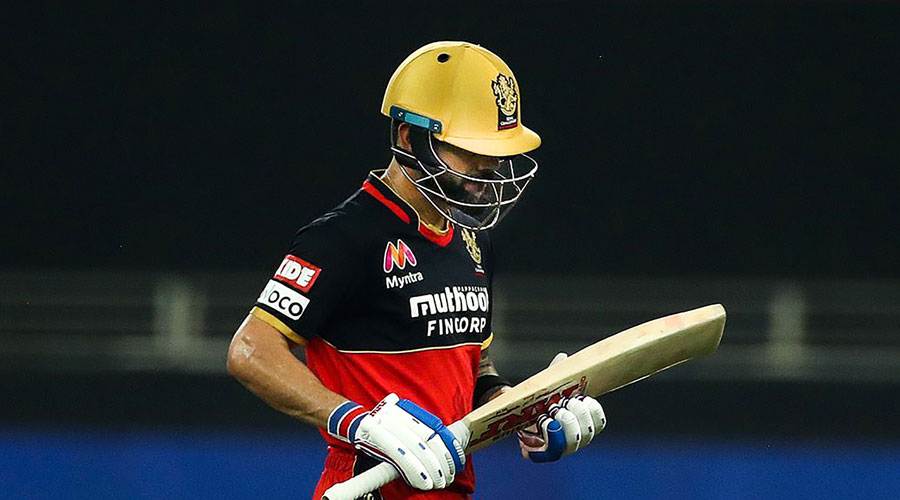 Virat Kohli was at a loss for words to describe his feelings after the thrilling Super Over victory over Mumbai Indians on Monday.

“I don’t have words right now. It was such a roller-coaster game. I think they played really well and patiently in the middle. It went down to the wire… we tried to execute the things we wanted to.

“Fielding is something we have to keep working on. If we had taken our chances again, it wouldn’t have been so close,” the Royal Challengers Bangalore captain said.

“It was all about stepping on to the field and taking responsibility. It was a good match-up against Jasprit (Bumrah).”

Kohli also praised his teammates for showing character on the field.

“The guys showed character. Outstanding Super Over from (Navdeep) Saini. He used the yorkers and wide balls to good effect. This should boost us going forward,” he hoped.

Rohit Sharma said failing to get early momentum in their chase of 202 affected their chances.

“It was a great game of cricket. We were not in the game at all when we started off with the bat. Great innings by Ishan (Kishan) there and then (Kieron) Pollard was brilliant as usual. It is just that we couldn’t start well but I thought we could chase 200 with the batting power we have,” the Mumbai Indians captain said.

“We didn’t get the momentum in the first 6-7 overs and also lost three wickets. But we knew with Polly being there, anything could happen… Ishan was also hitting it well. So we had the belief that we would get there. Nothing to take away from RCB, they held their nerves more than us,” Rohit felt.

Rohit said Kishan was exhausted after his 99 off 58 balls and so they didn’t risk him in the Super Over.

“He (Kishan) was drained out and was not comfortable. We thought we could send him but he was not feeling fresh. Hardik is somebody we trust to hit long balls, it is not coming off but we are confident he can pull things off for us.

“With seven needed in the Super Over, you need to have luck on your side... we had to get wickets but there was also an unfortunate boundary. We came back really well and have a lot of positives to take away from this game,” said Rohit.