The captain wielded his bat like a mythical sword and yet, despite his stunning 119 off 63 balls, couldn’t get his team past the finishing line 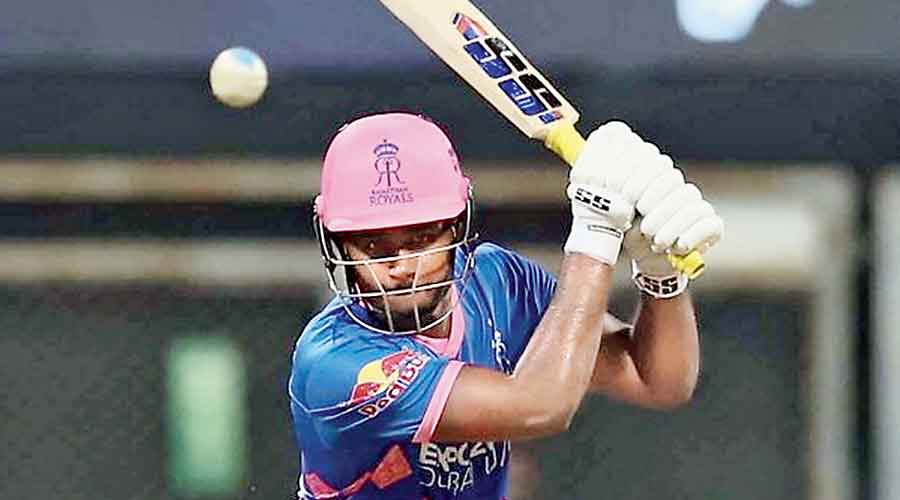 Much like John Milton’s Samson, Rajasthan Royals’ Samson too turned out to be a tragic hero.

Sanju Samson, on his captaincy debut in the IPL, wielded his bat like a mythical sword and yet, despite his stunning 119 off 63 balls, couldn’t get his team past the finishing line. The Royals lost by an agonising margin of 4 runs, managing 217/7 in reply to Punjab Kings’ 221/6 at the Wankhede in Mumbai on Monday.

Samson hit seven sixes but missed the most important one. With 5 required off the last ball, his hoick over cover could not clear Deepak Hooda at the boundary.

In the previous ball, Samson had refused a single to keep strike to the bewilderment of Chris Morris at the non-striker’s end. We don’t know what could have happened if the single was taken, because in that case the Royals would have needed 4 runs to win off the last ball, which would have demanded a shot of lesser risk. Was it over-confidence from Samson? Tragic flaw?

But to be fair to him, Samson could not be denied that bit of confidence after almost single-handedly dragging his team closer to a steep target. His heroics did not earn him a win, but there was no denying him the Man of the Match award, irrespective of the result.

Samson was dropped on 12 by rival captain KL Rahul but thereafter he owned the ground, reaching his fifty in 33 balls and hundred in 54 balls.

The match was a spectacle of boundaries, some blazing through the grass, others sent flying over the ropes. While Punjab’s innings had a total of 18 fours and 13 sixes, Royals hit 22 fours and 11 maximums.

Hooda, walking in at No.4, exploded like a nuclear bomb decimating the Royals attack. Initially, it looked a weird decision to send Hooda ahead of Nicholas Pooran, the Caribbean import who is quite a name in the T20 circuit for his batting prowess. But it was a masterstroke.

When Hooda stepped onto the crease, Punjab were decently placed at 89/2 in the 10th over. By the time Royals could send him back to hut, the 25-year-old Baroda batsman had taken Punjab past 190 and they still had more than two overs to play. Hooda’s hurricane knock saw him smash a 20-ball fifty. If that doesn’t portray how dominant he was, take this — beginning from the fourth ball of the 12th over, he went on a six-hitting spree, smashing five sixes off seven balls.

It was a game of the batsmen, but in the end the team with the better bowlers won the match.

While the Royals lacked proper thinking, Punjab kept their plans in place despite Samson’s blitzkrieg. Retaining young left-arm pacer Arshdeep Singh (3/35) for the last over proved to be a brilliant move. The youngster bowled at the right angles to defend 13 runs in the final over.

The Royals will have to rethink their bowling attack and strategy in the coming matches.

Their bowling attack, without Jofra Archer, looked quite toothless. That despite Samson using as many as eight bowlers. Only 23-year-old debutant left-arm seamer Chetan Sakariya from Saurashtra stood out with figures of 4-0-31-3.