Now, what’s most important for Kolkata Knight Riders is to make the right calls 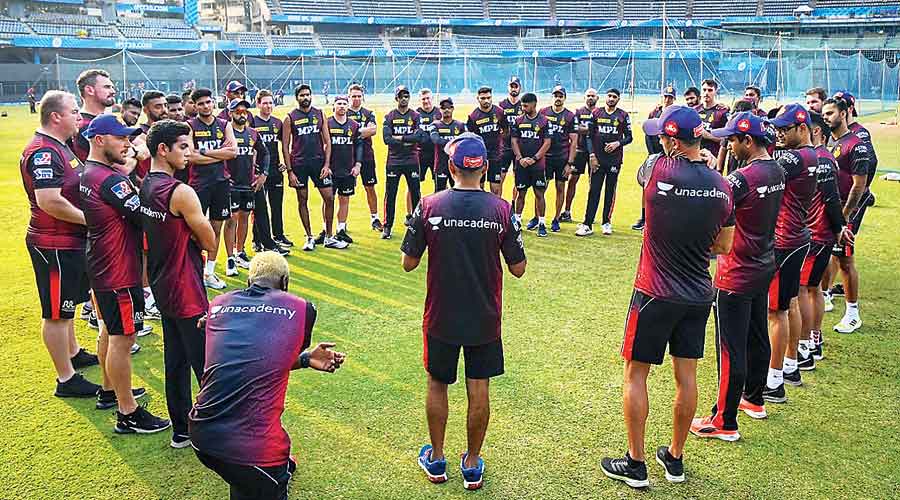 Losing key moments has hurt Kolkata Knight Riders very much in this IPL.

After getting off to a winning start against Sunrisers Hyderabad, injudicious shot selection forced them into making a mess of a comfortable chase when they could have easily closed out the game versus Mumbai Indians. And thereafter, questionable decisions by captain Eoin Morgan let the game versus Royal Challengers Bangalore drift inspite of his team having the opposition under pressure early on.

On the contrary, Chennai Super Kings, barring a hiccup against Delhi Capitals, have got most things correct in their campaign so far. Even though T20 is the most unpredictable of all formats, Mahendra Singh Dhoni and his Super Kings look to be in a better mindset and space going into the contest against KKR in Mumbai on Wednesday.

Keeping aside their opening combination, where the promising Ruturaj Gaikwad hasn’t looked to be too comfortable, there are very few areas that could worry the three-time champions. And it doesn’t really matter where captain Dhoni bats and how much he contributes with the bat.

The convincing win against Rajasthan Royals the other evening showed how the Super Kings have been banking on collective effort and looking to perform as a cohesive unit. Faf du Plessis, Moeen Ali — both with bat and ball — Suresh Raina, Ravindra Jadeja, Sam Curran and Dwayne Bravo: Each of them had a role to play that helped the Super Kings to a big win against the Royals.

Not to say that the Knight Riders failed to do so, but their batsmen, including captain Morgan, need to convert their starts into a half-century at least.

Quite a few of their batters began well in pursuit of a stiff 205-run total against RCB the other day, but none went on to get a big one.

Now, what’s most important for KKR is to make the right calls. If they again begin the proceedings with spinners, Morgan should give at least one more over to the bowler who makes early inroads.

Why he didn’t persist with Varun Chakravarthy, who struck not once but twice in his first over in Sunday’s game, continues to be baffling.

Head coach Brendon McCullum had spoken of bringing in “fresh legs” for the coming matches.

In that case, the team management may think of bringing in Sunil Narine, provided the off-spinner is fit, in Shakib-al Hasan’s place.

All-rounder Ben Cutting too is another option if Narine remains indisposed.