IPL 2021: Knights and kings of comeback

Has the ride made KKR battle-hardened enough to get past Mahendra Singh Dhoni’s CSK and claim the crown? 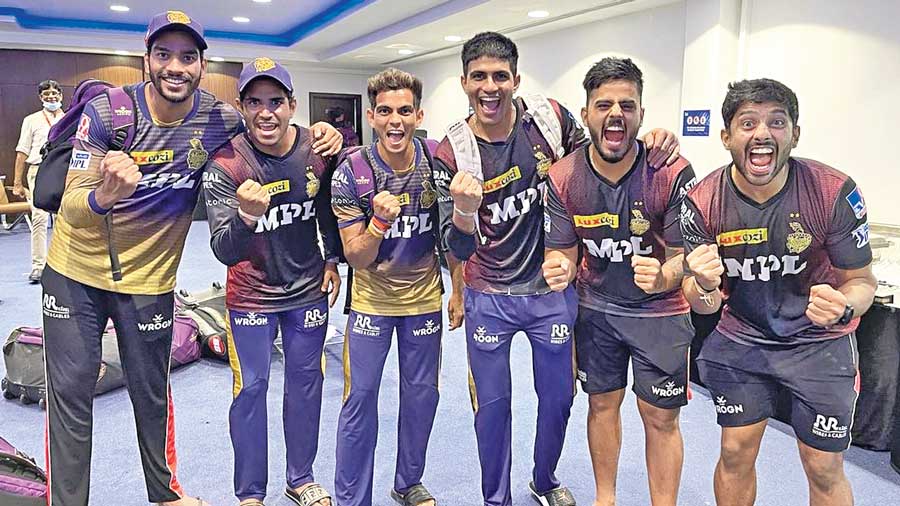 Neither Chennai Super Kings nor Kolkata Knight Riders has been shy of intense battles, although the scars have been much more for the two-time champions in a ride that has been anything but smooth this season. Now, has the ride made the Knights battle-hardened enough to get past Mahendra Singh Dhoni’s Super Kings and claim the IPL 2021 crown?

The summit clash at the Dubai International Stadium on Friday will reveal the answer.

Their forgettable campaign last year had many mocking the Super Kings, terming them “Dad’s army”. But a proper analysis would only reflect that their actual turnaround began with the wins in their last three matches of

IPL 2020, which captain Dhoni too pointed out the other day. That set the foundation for a strong performance this time around and despatched all the mockery into the stands, with the Super Kings being just a step away from their fourth IPL crown.

And on top of that, Dhoni too has somewhat regained his lost touch at the right time with a cameo versus Delhi Capitals in Qualifier I, which was equally crucial in earning CSK yet another final berth.

In contrast, the road to the final has been a struggle for the Knight Riders as they had to grind it out in both the Eliminator and Qualifier II.

But what matters is that they eventually managed to get themselves out of the hole, having prevailed in most of the critical situations since the start of the UAE phase of this IPL. Mindset-wise, thus, Eoin Morgan and his teammates are not battle-scarred by any means.

The Knights had a day off on the eve of the final, focusing on recovery sessions that included a fun volleyball game on the private beach, which is a part of the team hotel bubble.

The pitch in Dubai doesn’t have the sluggishness of that of Sharjah, something that Varun Chakravarthy, Sunil Narine and Shakib-al Hasan exploited quite well. In Dubai, quicks do get a bit of help initially while strokeplay too is easier for batsmen.

Looking at the conditions, how Deepak Chahar and Josh Hazlewood fare with the new ball will be important for the Super Kings. Also, it won’t be much of a surprise if KKR think of accommodating Andre Russell back in the XI. Of course, if the all-rounder is 100 per cent fit.

“He (Russell) was bowling before the game against the Capitals, so he might be in the mix,” Kolkata Knight Riders mentor David Hussey said on Wednesday.

If Russell does play, it could be either Lockie Ferguson or Shakib, who has to make way. It’s a tricky call to make.

Ruturaj Gaikwad and Faf du Plessis’ exploits at the top have been one of the massive strengths of the Super Kings. Ruturaj, particularly, has taken his game to the next level this season.

But he does have his problems against disciplined spin bowling, which Wanindu Hasaranga had exposed during India’s T20Is in Sri Lanka back in July.

It could well work for the Knights if they unleash their spinners early on before the strong CSK opening duo, thereby making things tougher for the likes of Moeen Ali, Dhoni and Ravindra Jadeja later on.

For the Knights too, how openers Shubman Gill and Venkatesh Iyer, one of their game-changers this season, perform will be critical. But at least someone in their middle order has to stand up now and look to bat through.

Rahul Tripathi showed on Wednesday that he’s capable enough to make it count.

But in pursuit of a third IPL title, the Knights wouldn’t ask for anything more if skipper Morgan finds his touch and produces a match-winning knock. Or at least something similar to what his counterpart Dhoni did last Sunday against Delhi Capitals.