At the post-match media interaction, Fleming said: There was criticism regarding the age of our squad, but it’s rewarding to finish the four-year cycle with the trophy 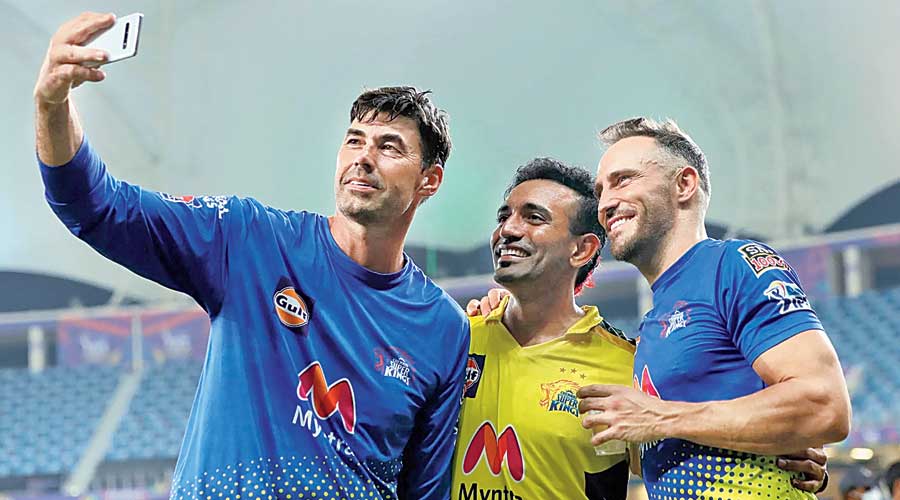 Crowned IPL champions for the fourth time after beating Kolkata Knight Riders by 27 runs in the final in Dubai on Friday, the secret of Chennai Super Kings’ ageing warriors is their reliance on gut feel and inter-personal relationships, instead of delving deep into analytics and numbers, head coach Stephen Fleming has emphasised.

At the post-match media interaction late on Friday night, Fleming said: “There was criticism regarding the age of our squad, but it’s rewarding to finish the four-year cycle with the trophy.

“Experience is important, as guys who have been there and done it before add so much. We don’t get too deep into analytics and numbers. We rather go with gut feel and developing relationships with players. It’s old school, but it works for us.”

For Fleming, all the four IPL titles are special, but the current one holds greater significance as it was bagged by a side that had not been taken too seriously at the start of the tournament, especially due to its poor showing the previous season.

“It is very hard to rank them (the titles). You work so hard and the result of a lot of hard work makes all the titles very special.

“I think the one in 2018, after coming back, was very emotional. But there is a lot of hard work in this one. I don’t think a lot of people had any hope from us to be able to maintain our competitiveness during this cycle. We were pretty much written off.

“So there is a little bit of satisfaction around that and a lot of pride in what the players have been able to achieve and maintain the standards over a number of months. And that was a challenge for an ageing side. I am really proud of what they did,” the former New Zealand captain, who will also be helping the Black Caps for a few days in their preparation for the T20 World Cup, said.

A fair amount of credit goes to captain Mahendra Singh Dhoni, too. Even though he struggled with the bat till that cameo versus Delhi Capitals in Qualifier I, his astute leadership and tactics on the field were also key to how well CSK played this season.

Cricketers, both past and present, thus doffed their hats to the legendary leader after the Super Kings’ comprehensive in the final.

“Congratulations @msdhoni and @ChennaiIPL on the 4th title. #IPLFinal #cskvskkr2021. Lots to learn from this campaign of @KKRiders, great turn around,” India and Delhi Capitals off-spinner Ravichandran Ashwin tweeted.

Dhoni did indicate that he could be there for CSK in the next IPL too when he said he still hasn’t left any legacy behind. But Fleming hinted at a few changes in the team for the next edition. “I think when you get to an end of a cycle, you are not going to get some players back, so there were some emotions around these last (few) games,” he said.

“It will be interesting to see over the next few months how it pans out, but most teams are probably going to have a bit of change in them,” Fleming added.

The victorious Chennai Super Kings squad with the IPL trophy after winning the tournament for the fourth time, in Dubai on Friday.
PTI