IPL 2021: Don’t troll, Deepak Chahar can prove to be menacing 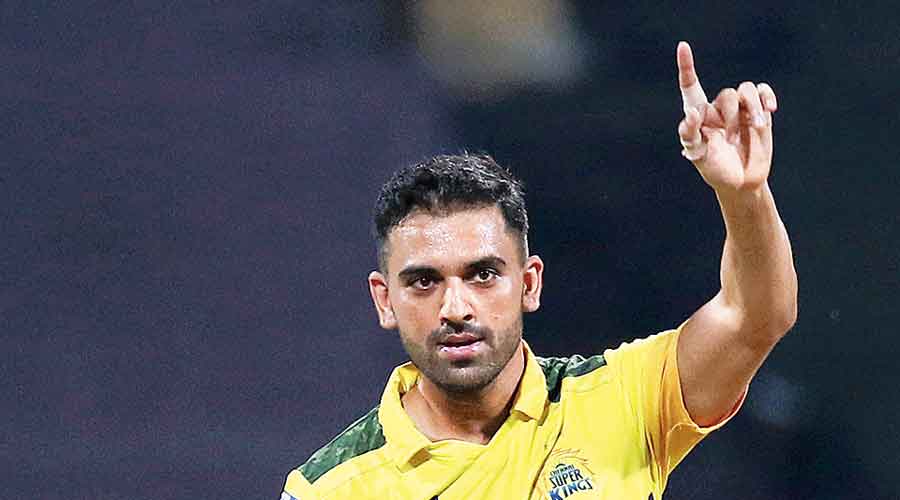 Deepak Chahar certainly put his hat in the ring to grab a spot in India’s squad for the T20 World Cup later this year with a scintillating performance for Chennai Super Kings against Punjab Kings on Friday.

The classical swing bowler, who has played 13 T20Is and three ODIs for India, already holds the record for the best bowling figures in all T20Is: 6 for 7, including a hat-trick, against Bangladesh in 2019-20. His strength lies in his variations, including the much-famed knuckle ball, and he executes them brilliantly.

Since joining CSK under Mahendra Singh Dhoni in 2018, Chahar has blossomed into a useful bowler at the death.

The 28-year-old is deadly when he gets help from conditions but even more menacing when someone tries to deflate his confidence like a random troll did after an indifferent first IPL game.

Chahar cited an instance where a random fan wrote on his social media page that CSK should “drop him” from the next game.

“Expectations are high here and you have to perform in every game. So this is for that man, who made the comment, if I would not have played, this performance might have not come,” Chahal told IPL’s official website.

Chahar, on his part, admitted that Wankhede pitch helped his efforts. “Looking at today’s wicket and today’s performance, I must say that Wankhede is my favourite ground because you get help at the start (from the pitch),” Chahar said.

“But it was not the case in the previous game that we played (against Delhi Capitals)… It was a high-scoring one, that time there was no swing or seam.

“Yes, there was help from the wicket (against Punjab Kings) and so this is one of the favourite grounds,” said Chahar, who plays domestic cricket for Rajasthan.

After an indifferent last season, Chahar is satisfied as he looked in fine rhythm with Dhoni completing his quota within the first 10 overs. “It was a good feeling. It (the spell) came at an important time as we needed to win the game.

“It was thus necessary to provide a good start and this was an important match for us and I am very happy that I could contribute to the team’s win,” Chahar said.