Dinesh Karthik cautious even in win

‘I wouldn’t call it a perfect game. There are lot of areas we could improve on’ 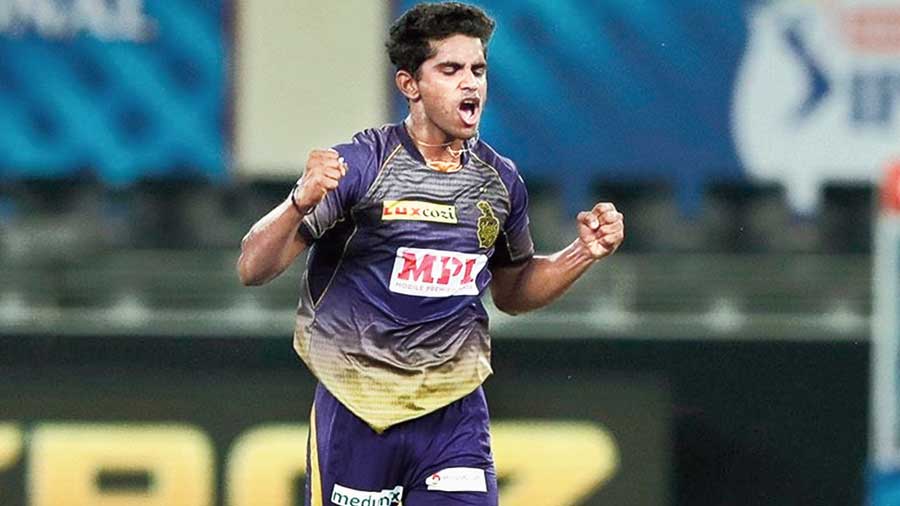 “I wouldn’t call it a perfect game. There are lot of areas we could improve on,” Karthik said after the match.

“A lot of things pleased me — the way Shubman Gill started, the way (Andre) Russell batted, the way (Eoin) Morgan kept his head... The beautiful sight of the youngsters going for the catch no matter how high it is,” he said.

The win helped KKR move up to the second position in the league table.

Karthik was all praise for the youngsters in the team.

“It’s a very special thing. These boys, the journey they’ve gone through when not playing, and for them to just come out and express themselves with the bat and ball was incredible.”

Karthik said they preferred batting first in these conditions. “Putting runs on the board is what we thought was the best way to go forward on this ground.”

Shivam Mavi, who was adjudged the Man of the Match, said he focused on the basics. “When I started, the ball was seaming around. So I kept to a normal line and length.

“It was a little different after seeing the wicket, as I thought it would be flat. But it was seaming around, so I kept it tight,” the youngster said.

Mavi was not overawed by the presence of some big names in the rival camp. He said: “I’ve played against some of these big players before, so I knew what they would do. I made sure I just stuck to my line and length.”

Royals captain Steve Smith felt the bigger ground in Dubai, in comparison to Sharjah where they had played both their previous matches, made a difference.

“It didn’t quite go to plan, but that happens in T20 cricket sometimes. We lost too many wickets upfront, a few of us probably thought we’re still playing at Sharjah!

“We probably didn’t adapt to the dimensions and the wicket. We also dropped a few catches which cost us as well,” Smith said.

“It is about forming whatever XI is best for the conditions... We will wait and see. It’s been disappointing in this game, but we need to keep moving forward.”

Smith was caught behind off Australia teammate Pat Cummins for three and the two shared a laugh after the match.

“It wasn’t a great battle, he won easily... I spoke to him now and he said, ‘you smack those at nets, you just got a good one tonight’.”