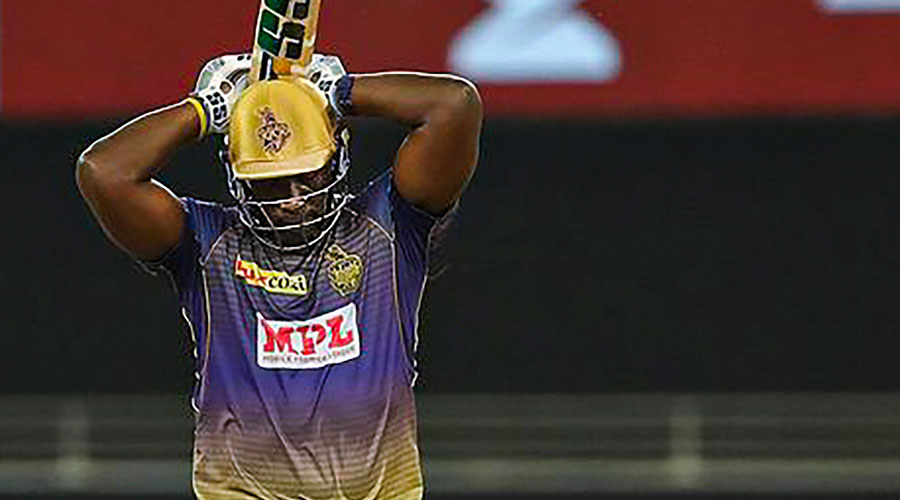 Young pacers Shivam Mavi and Kamlesh Nagarkoti have been Kolkata Knight Riders’ game-changers in their two consecutive victories against Sunrisers Hyderabad and Rajasthan Royals after losing their opener to Mumbai Indians in this IPL.

Dinesh Karthik’s men have thus far played their matches in Abu Dhabi and Dubai and equations could undergo a drastic change when they take on Shreyas Iyer’s Delhi Capitals in Sharjah on Saturday.

This will be the first weekend of double-headers and there couldn’t have been a better venue than Sharjah, which has ridiculously short boundaries promising another run-feast.

Team scores at this ground so far read 200, 216, 223 and 226. The joint-highest number of sixes ever hit in an IPL game has also been recorded here with the total reaching 62 in the two matches.

The writing on the wall for the bowlers is pretty clear. Pat Cummins and Kagiso Rabada, the lead bowlers for KKR and Capitals, respectively, have found their rhythm but that could be put to a stern test.

Both teams will get their first taste of Sharjah’s conditions though that will hardly have a significant impact on the batsmen’s run-making prowess.

So expect a lot of sixes from the blades of Andre Russell, Eoin Morgan and Nitish Rana, not to mention Shubman Gill and Dinesh Karthik. Delhi Capitals too will rely on their big-hitters — Shikhar Dhawan, Rishabh Pant, Shimron Hetmyer and Marcus Stoinis.

Sharjah has seen the highest run-rate in the death overs (13.74) in the IPL and no target can be seen as invincible. The brute power of Russell or Pant’s fearless approach could tilt the scales any moment.

It remains to be seen if KKR persist with Sunil Narine as opener since he has struggled against short-pitched deliveries. More important, off the 26 deliveries he has faced in this IPL, 17 (including leg-byes and dismissals) have been dot balls.

They have Tom Banton in their ranks but his selection could upset the balance in their four-foreigner selection policy.

For the Capitals, the good news is that Ravichandran Ashwin may be available for selection. However, that could mean Amit Mishra, who was quite impressive in the two matches, sitting out.

“He (Ashwin)’s doing excellent. He had a really good session last night with the ball, bat and in the field. So he might be available for selection for tomorrow, but we are still waiting for our medical staff’s confirmation,” Deli Capitals bowling coach Ryan Harris said.