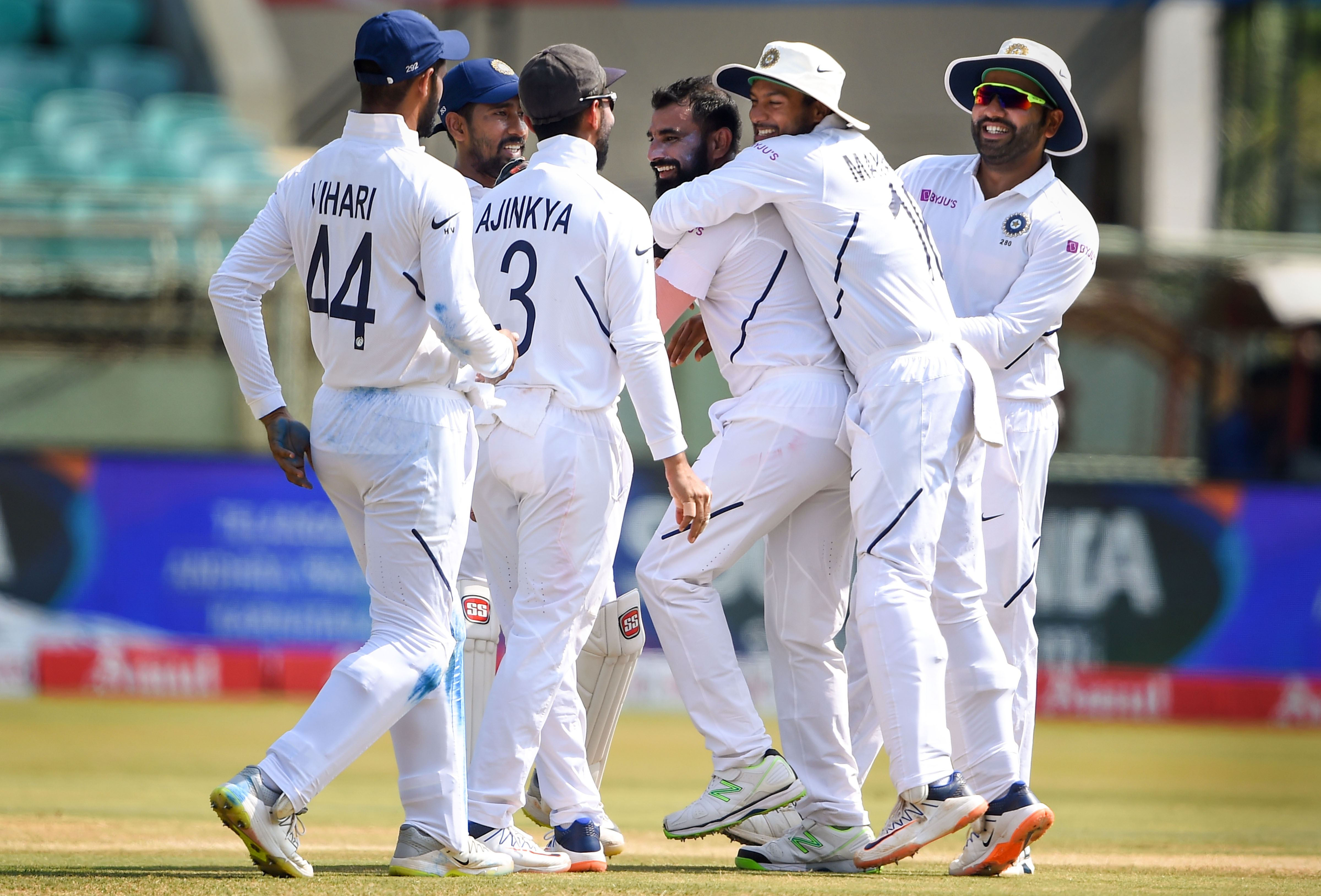 India dismissed South Africa for 191 runs in their second innings on the fifth and final day to win the opening Test by 203 runs in Visakhapatnam on Sunday.

Defending a 395-run target, India rode on bowling exploits of Ravindra Jadeja and Mohammed Shami to complete the win and help the team take a 1-0 lead in the three-Test series.

In the post-lunch session, the Proteas lost the remaining two wickets, bowled out for 191 in 63.5 overs.

On Saturday, India declared their second innings at 323-4 in 67 overs to set an improbable 395-run target for South Africa.

South Africa were 11-1 at stumps on day four.

Earlier, the Proteas were bowled out for 431 in their first innings in reply to India's 502 for seven declared.