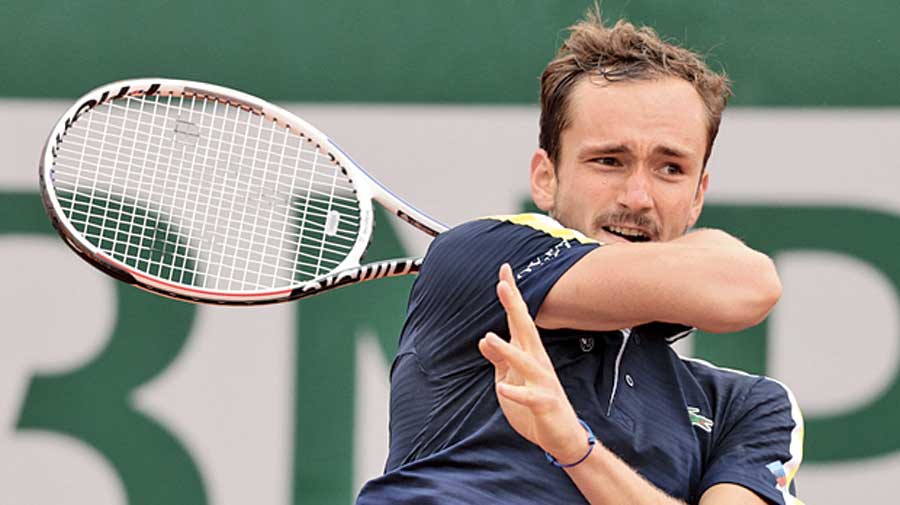 Defending champion Daniil Medvedev cruised into the fourth round of the US Open with a straightforward 6-4, 6-2, 6-2 victory over Chinese qualifier Wu Yibing on Friday to set up a blockbuster clash with Australia’s Nick Kyrgios.

The Russian blazed past Stefan Kozlov and Arthur Rinderknech in the last two rounds and looked every bit the champion again, as he fired 12 aces and converted six out of 12 break points to comfortably dispatch his 22-yearold opponent.

Medvedev’s win in front of an emotional Arthur Ashe Stadium crowd following Serena Williams’ loss to Ajla Tomljanovic meant he has reached the round of 16 at Flushing Meadows for the fourth straight year.

Wu, who became the first Chinese man in US Open history to reach the third round, was plagued by several unforced errors in the clash as Medvedev prevailed in an hour and 55 minutes. But a defeat to Kyrgios in the next round would see Medvedev lose his No.1 ranking to Rafael Nadal after the tournament.

“We’ve played great matches. All have been quite tight on the scoreboard,” Medvedev, who has lost three out of his four previous meetings with Kyrgios, said.

“It’s 3-1 to him but I’ll try to do better this time and it’ll be a great match for people to watch.”

Kyrgios reached the fourth round of the US Open for the first time by seeing off American wildcard J.J. Wolf 6-4, 6-2, 6-3. Kyrgios harnessed his mighty serve to clinch his third round match in an efficient hour and 56 minutes, whacking 21 aces at his opponent and sending over 35 winners. Kyrgios said he knew exactly the way he was going to play against Medvedev.

“There’s no shame in losing to a player like that. But the way I’m playing, the game plan and the success I had against him obviously in Montreal, I definitely feel like I have a fighting chance,” Kyrgios said.

Murray out, Norrie up

Italian Matteo Berrettini regrouped from a series of squandered chances in the third set to brush aside Britain’s Andy Murray 6-4, 6-4, 6-7(1), 6-3.

The world No. 14 faces Spaniard Alejandro Davidovich-Fokina, who beat him in Monte Carlo last year, in the next round.

However, Britain had hope left as Cameron Norrie chipped away at Holger Rune’s defences to win 7-5, 6-4, 6-1 and reach the fourth round.

In other men’s singles matches, French Open runner-up Casper Ruud edged 29th-seeded Tommy Paul in five sets, while No. 27 Karen Khachanov moved on when his opponent, Jack Draper, stopped playing in the third set because of an injured hamstring.

Caroline Garcia’s juggernaut rolled on at the US Open when the Frenchwoman charged past former champion Bianca Andreescu 6-3, 6-2. It was the first time that the 28-year-old made the last-16 stage at the US Open and she peppered the court with 31 winners.

Next up for Garcia will be a clash against 29th-ranked American Alison Riske-Amritraj and another win will see her reach her first grand slam quarter-final since reaching the stage for the first time at the 2017 French Open.

Coco Gauff dominated fellow American Madison Keys to win 6-2, 6-3 to reach the fourth round for the first time.

Gauff will be the favourite when she takes on China’s Zhang Shuai, who eliminated Rebecca Marino 6-2, 6-4, on Sunday.