India defeated Nepal 3-0 in the final of the SAFF Championships and the head coach is happy to win his first trophy with Team India, but he is not overwhelmed 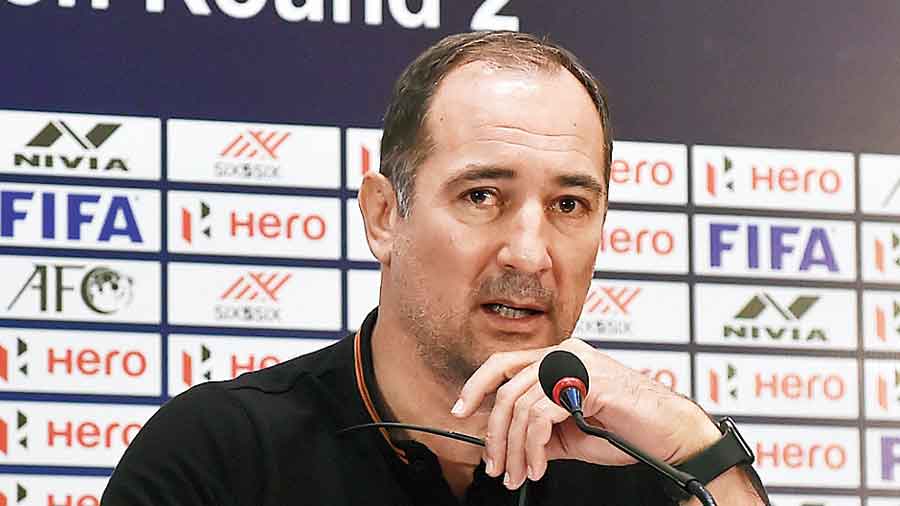 “We don’t know yet who we are going to play, we don’t know our group yet. But we need to prepare ourselves because we have been told our first game will be on February 1. If we are going to succeed in this qualifier, we need to sit down with other stakeholders in domestic competitions and decide how much time the national team players will get for preparation,” Stimac said at a virtual media conference on Tuesday.

India defeated Nepal 3-0 in the final of the SAFF Championships in Male on Saturday and Stimac is happy to win his first trophy with Team India, but he is not overwhelmed.

“I don’t consider the title as a special success because India normally win when they play at SAFF but it demonstrates once again that we are very dominant in this competition and can progress in our game a lot more,” Stimac said.

“It was obviously a difficult situation in which we found ourselves after the first two matches but they looked bad only because of the results. There was no big difference in approach, we had enough scoring chances, movement and energy by players.

“We scored sometimes and sometimes failed to score and that made the difference. So, we ended up with a lot of pressure but we managed to deal with it and in the end won the trophy which was really important.”

The coach praised captain Sunil Chhetri for his contribution to Indian football.

“His influence is keeping the team going. He is a role model and leader off and on the field. He is the most passionate player in the dressing room and his fitness level is unbelievable.

“He is in the best shape possible and that is why he played in all the matches (of SAFF Championships). When somebody who can score better and who has better fitness (comes along), only then he can be replaced, otherwise you cannot replace him.”

Stimac is currently with the U-23 national team, which he has taken charge of for the 2022 Asian U-23 Championships qualifiers in the UAE from October 25 to 31.

“Football needs to be developed in each and every part of the world and to do so we need to open the World Cups to countries which have never participated in them. It is much easier to find your chance in the World Cup once the tournament is happening every two years,” Stimac, a former Croatian World Cup player, said.