In the dying minutes, Dylan Fox had a chance to restore parity, but his header was cleared by Pronay Halder 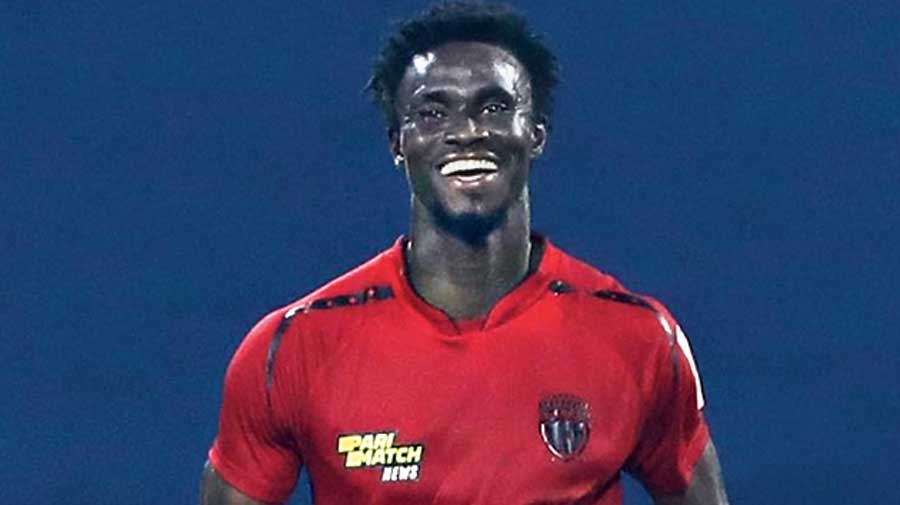 NorthEast United FC (NEUFC) held ATK Mohun Bagan 1-1 in an entertaining first leg of the second semi-final of ISL-VII at the GMC Stadium in Bambolim on Saturday.

Australian striker David Williams scored for ATK Mohun Bagan in the 34th minute. Idrissa Sylla made it 1-1 deep into the injury-time of the second half.

Williams’ individual brilliance gave Bagan the lead. Roy Krishna received a long ball and played it to the Australian striker. Williams took his time, shifted the ball from left to right and beat NEUFC goalkeeper Subhasish Roy Chowdhury with a left-footed low shot. Roy Krishna was thus involved in 19 goals in this ISL (14 strikes and five assists).

After the change of ends, NEUFC showed urgency. Luis Machado got a chance but ATK Mohun Bagan goalkeeper Arindam Bhattacharya was alert.

In the dying minutes, Dylan Fox had a chance to restore parity, but his header was cleared by Pronay Halder.

And just when you thought ATK Mohun Bagan would go into Tuesday’s return-leg with one-goal advantage, Antonio Lopez Habas’ men conceded the equaliser. Machado sent in a delightful centre from the right and Sylla leapt high to head into the far corner giving Arindam no chance. ATK Mohun Bagan’s Pritam Kotal and Prabir Das could have done better in dealing with the situation.

The first leg of the first semi-final between FC Goa and Mumbai City had ended 2-2 on Friday.