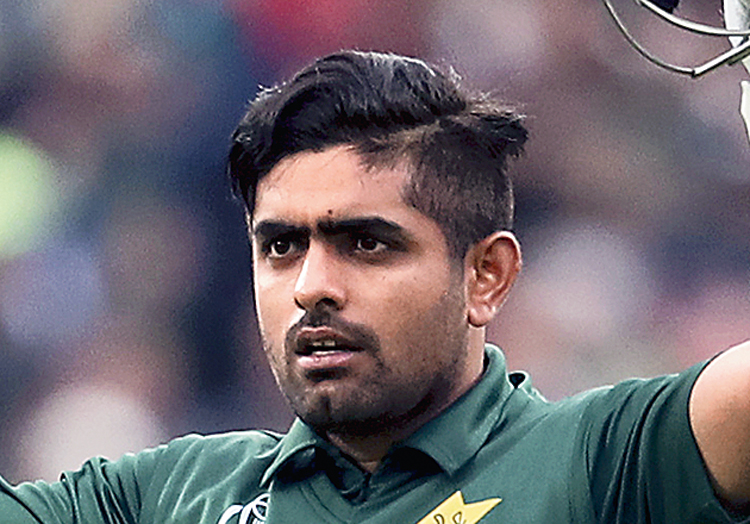 Registering his 10th hundred to lead Pakistan to a vital six-wicket win against New Zealand in Birmingham on Wednesday, Babar Azam this was his best innings so far in his ODI career.

Babar and Haris Sohail stitched a match-winning partnership of 126 for the fourth wicket as Pakistan, courtesy this victory, moved up to the sixth position in the standings with seven points.

“I think this is my best knock (in ODIs), because it came in a must-win game. The track was a bit slow and there was also a bit of spin on it.

“The idea was always to bat till the end and it worked,” Babar, with the help of an interpreter, said at the post-match presentation.

Elaborating on how he paced his innings, Babar said: “When we started, the idea was to play out their fast bowlers, especially (Lockie) Ferguson.

“But when (Mitchell) Santner came and got the ball to grip on the surface, we understood that it was important to keep him off. We just wanted to be careful against him.”

Apart from the stand with Haris, who scored 68, Babar also shared a crucial 66-run partnership with senior pro Mohammed Hafeez (32) after Pakistan were in a spot of bother, having lost their openers with only 44 on the board in the 11th over.

“Hafeezbhai told me to do the same — gauge the pitch, play sensibly and then go for the shots. I followed that and we can see the result,” the No. 3 batsman said.

Captain Sarfaraz Ahmed too lavished praise on Babar, although he lauded the efforts of the bowlers as well. “According to me, Babar played one of the best innings I have seen. “It was a tricky pitch, and we wanted to bat the 50 overs… Credit to Haris as well for the way he handled pressure. It was not easy to face the spinner (Santner)…

“As for our bowlers, the way (Mohammed) Aamir started and then Shaheen (Shah Afridi) followed it up was excellent. Shadab (Khan) in the middle overs, too, bowled well,” Sarfaraz emphasised.