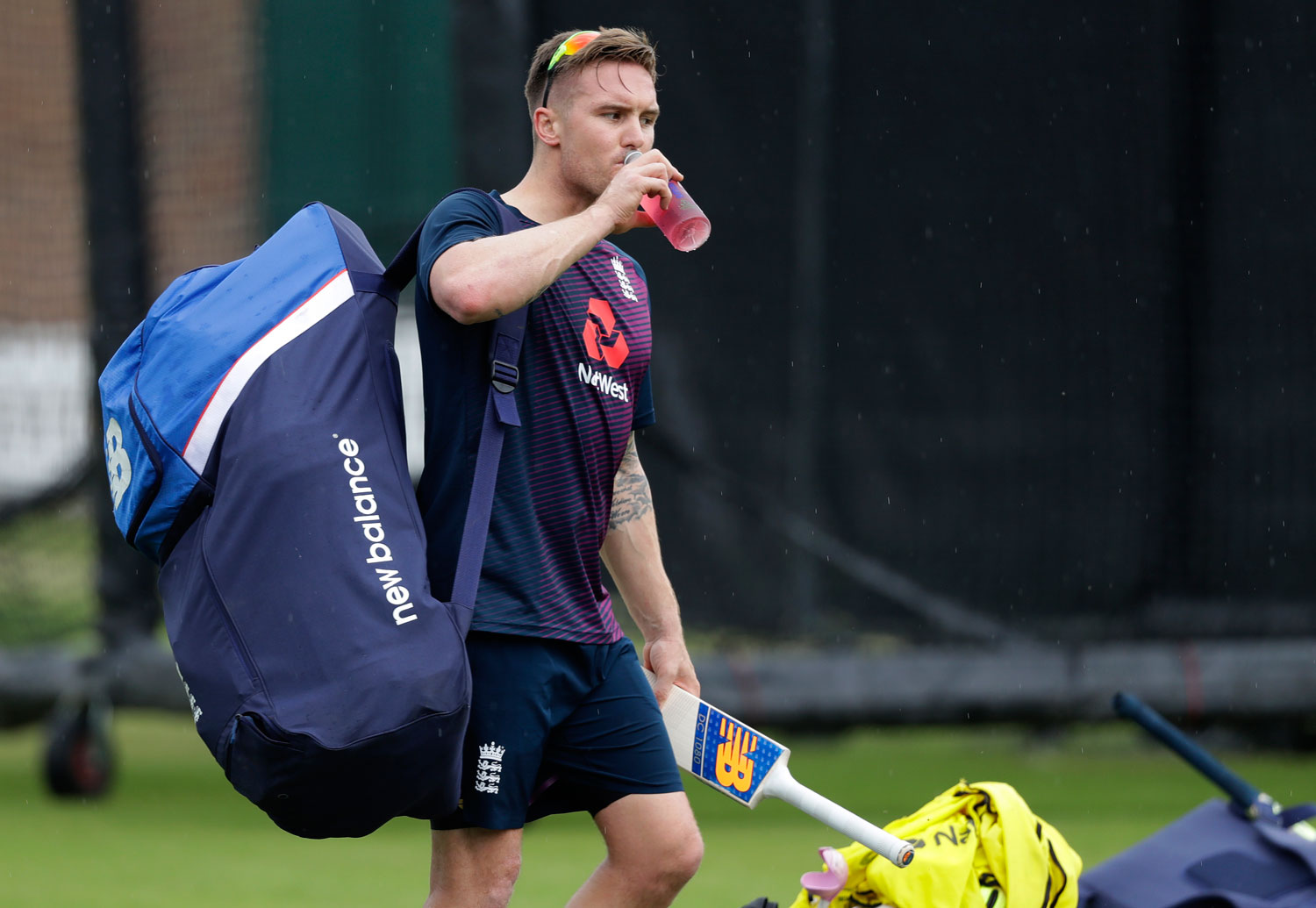 Justin Langer, as Australia’s coach, admits as much in his comments of the last 24 hours which included the line “Jonny Bairstow and Jason Roy (in picture) are a huge part of England’s success and we’ll be doing everything we can to nullify that.”
(AP)
David Ivon Gower   |   Published 10.07.19, 10:06 PM

As a former England captain, Ashes winning, Ashes losing, and losing player in the World Cup final of 1979 and the semi-final in 1983, please forgive me if I nail my colours to the mast of the good ship England.

And I fervently hope after all that we have seen in this World Cup, the home team will find a way to make it to the final. And then maybe to the ultimate glory of Eoin Morgan standing at Lord’s with the trophy in hand.

Before that, much has to go right for Morgan and his team. Their Thursday’s opponents have been consistently better in this World Cup and beat England comprehensively two weeks ago.

Both England and Australia will have been looking for psychological props over the last few days and, while the Aussies will be happy to relive that victory at Lord’s and replay it in their minds, England’s counter to that will be the even more recent memories of their “quarter final” wins over India and New Zealand.

I prefer the latter simply because it is better to be on the way up than clinging on to a one-off result. Actually, better still just to clear the mind of extraneous stuff from the past and visualise playing one’s best as both individuals and as a team.

Since that previous meeting one or two things have changed. Usman Khawaja has been forced out by injury, Peter Handscomb, who was unlucky to miss selection originally replaces him, Stoinis is an injury worry and Starc is allegedly being held together by medical science and sticking plaster!

Of all those the most key figure is Mitchell Starc, the leading wicket-taker by a comfortable margin in this World Cup, and the most important member of the Australian bowling attack. At any stage of a match he is dangerous, an obvious threat with the new ball yet still capable, as Ben Stokes noticed at Lord’s, of making something special happen at the end of the innings too.

Australia’s batting has been led from the front by the admirable Aaron Finch and David Warner. All the top teams have won mostly with totals predicated upon good starts and however long one’s batting line-up a positive start with wickets intact is the best basis for a big score. Hence key contests are the same for both teams; opening batsmen in flying form versus opening bowlers with the ability to rock the opposition early.

In that sense the opening overs of this match might well be as crucial as any in deciding who go through to the final on Sunday. Justin Langer, as Australia’s coach, admits as much in his comments of the last 24 hours which included the line “Jonny Bairstow and Jason Roy are a huge part of England’s success and we’ll be doing everything we can to nullify that.”

Whereas that could just as easily have been Trevor Bayliss talking about Finch and Warner, Australia have coped well enough when one of their top two has gone early but so much for England seems to depend on Roy.

He is the personification of fearless cricket. There is no gentle easing into the day’s work. No Rohit Sharma like assessment of the day’s conditions and a structured build-up of an innings. Just an instant “see ball, hit ball to the boundary” full-blooded launch into his task. By definition it is a risky way to play but he has made it work, never more effectively than in this World Cup. And that says a lot for his mental strength.

If he makes 50, 80, 100 or more those runs come at such a pace that all those playing around him are under less pressure to force the pace. It must be bliss for someone like Joe Root, whose game is so very different; Root is so much more deft and uses less obvious force but nonetheless plays a vital role and the stats show how the combination works. Root’s average in this tournament is 62.50 with a strike rate of 91.74, while the equivalent figures for Roy are 68 and 114.04. Put the two together and you are putting your team in a strong position.

If you add in the effect that Roy seems to have on Jonny Bairstow then the value of these top three players becomes further highlighted. Bairstow’s stats are a melange in as much as he averages 51.33 and strikes at 97.26 overall in this World Cup after a steady start followed by a couple of failures.

But since Roy’s return, and having looked almost lost without him, he has scored consecutive hundreds striking at 101 and 107. That is the Roy effect!

Beyond that I look at the middle order with some awe too. Morgan, even though he will be targeted with short balls by Starc and Co, is a brilliant one-day player and I do not believe for a moment that he is cowed by short pitched bowling. Stokes is in fine form with the bat and Jos Buttler can be phenomenal but has not produced enough of his best form — yet!

On the bowling front I would try and find a place for Liam Plunkett. Much has been said and written about his success rate as a leading wicket-taker in the middle overs of ODIs and I think he is also more likely to contain more effectively than Moeen Ali.

Nobody, of course, ever underestimates the Australians, especially in World Cups. Logically their supreme record in past World Cups should not be a guaranteed precursor to ultimate success in this one but it is a handy psychological tool for Justin Langer to deploy in approaching this match.

I was amused, as was most likely intended, by his experiment with “earthing” when the team arrived at Edgbaston a couple of days ago, i.e. walking barefoot across the ground to connect with the energies that lie within. It’s not the first I’d heard of “earthing” as I have family members who believe there is indeed something in it but if they want to take this to ridiculous extremes and play the match barefoot too then, as an Englishman, I’d be all in favour, as I for one wouldn’t fancy facing a Jofra Archer yorker with my toes exposed!

In all seriousness the Aussies are just naturally competitive and they have enough talent and nous to make this a match that is just impossible to predict either way. Whether it is decided in the first 10 overs of the day or the last 10 remains to be seen but it should and could be a cracker.