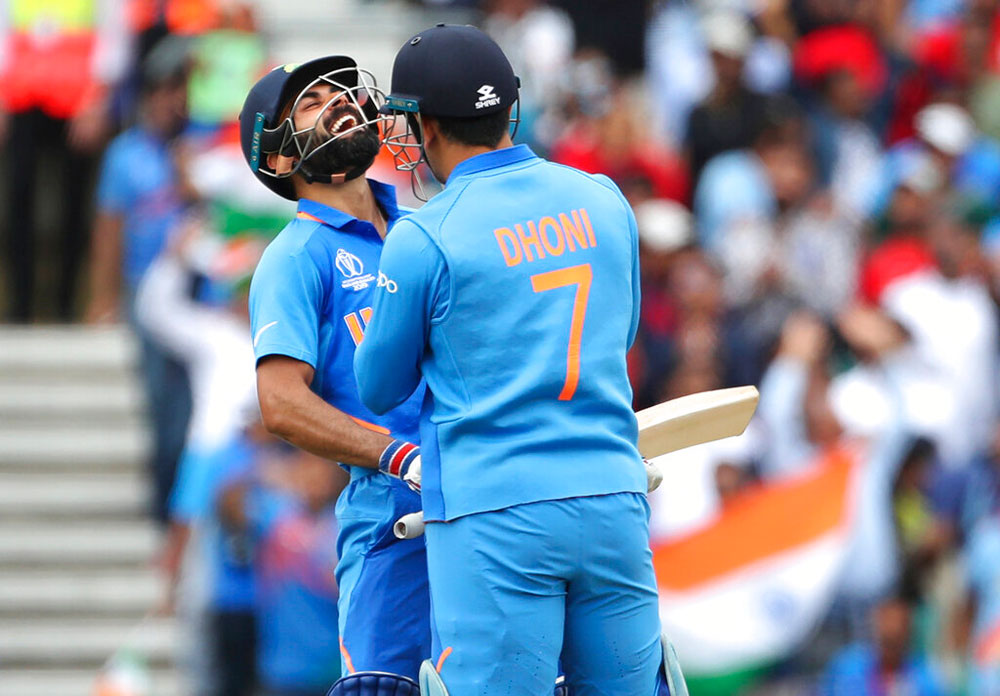 Cricket fans across the globe were glued to their televisions as India took on a resurgent Australian team in the ICC Cricket World Cup 2019. While India outclassed its rival through the sheer brilliance of their batting and bowling at the Oval, Australians were left helpless trying to deal with Virat Kohli’s team looking to make amends for the bilateral series loss in India.

The match will remain in the memories of cricket fans for Kohli’s magnanimous gesture when he asked the crowd to stop booing Steve Smith. The Indian skipper declared that Smith does not deserve to be jeered. Instead, he suggested, the crowd applaud the Australian.

With India fans giving Steve Smith a tough time fielding in the deep, @imVkohli suggested they applaud the Australian instead.

The Indian victory came on the back of a century by Shikhar Dhawan that was reached in just 95 balls. Jasprit Bumrah and Bhuvneshwar Kumar claimed three wickets each to power India to a 36-run win.

Twitter reacted with joy as the Australian side were bowled out in 50 overs for 316 runs. It was the first loss for Australia in the ongoing ICC Cricket World Cup 2019. In the process, the Indians also put an end to a 10-match winning streak of the Australians.

Just feel so proud to watch this Indian team play the way they do. Another good solid win. Big gains - Dhawan and Bhuvaneshwar. Bhuvi seems to have got his mojo back.#ICCCWC2019

Resounding win for India. The batters led by Shikhar were fantastic and I thought the bowlers executed their plans superbly, Bhuvi bowled beautifully. The team bonding looks great and a very promising start to the World Cup for Team India. #INDvAUS pic.twitter.com/q37lNgD9vt

The Oval was blue today. With every passing year the proportion of Indians in the crowd grows. This was almost unreal today

Union defence minister Rajnath Singh was happy with the result of the match:

Amazing game and excellent performance by Team India. Congratulations to Indian cricket team once again on winning against Australia in #CWC2019.

The junior minister for youth affairs and sports, Kiren Rijiju, also chimed in:

Actress Preity Zinta was not far behind in celebrating while in California:

वाह क्या मैच था 👍 What a power packed win by India today. Great effort by the batsmen & bowlers. This Sunday is definitely a funday in sunny California and I’m loving every bit of it🔥🇮🇳👍🏏 #ting #INDvAUS #BleedBlue #ICCCWC2019 pic.twitter.com/xnRgidwfNh

Looks like former cricketer Virender Sehwag was missing out on the action:

And then there was Suresh Raina:

Others commented about the visitors at the Oval:

And then there were others celebrating another Bharat:

Despite being affected by India vs Australia match on Sunday, BHARAT gathered a huge Rs 28 crore net. Overall, Rs 151 crore in 5 days. It's a BONAFIDE HIT but must sustain strongly on weekdays to emerge a superhit. Remember, there's India vs Pakistan match on next Sunday...

Fans could not contain their joy: