TRAU did get a chance to score, but Brazilian Marcel Silva shot straight to the goalkeeper 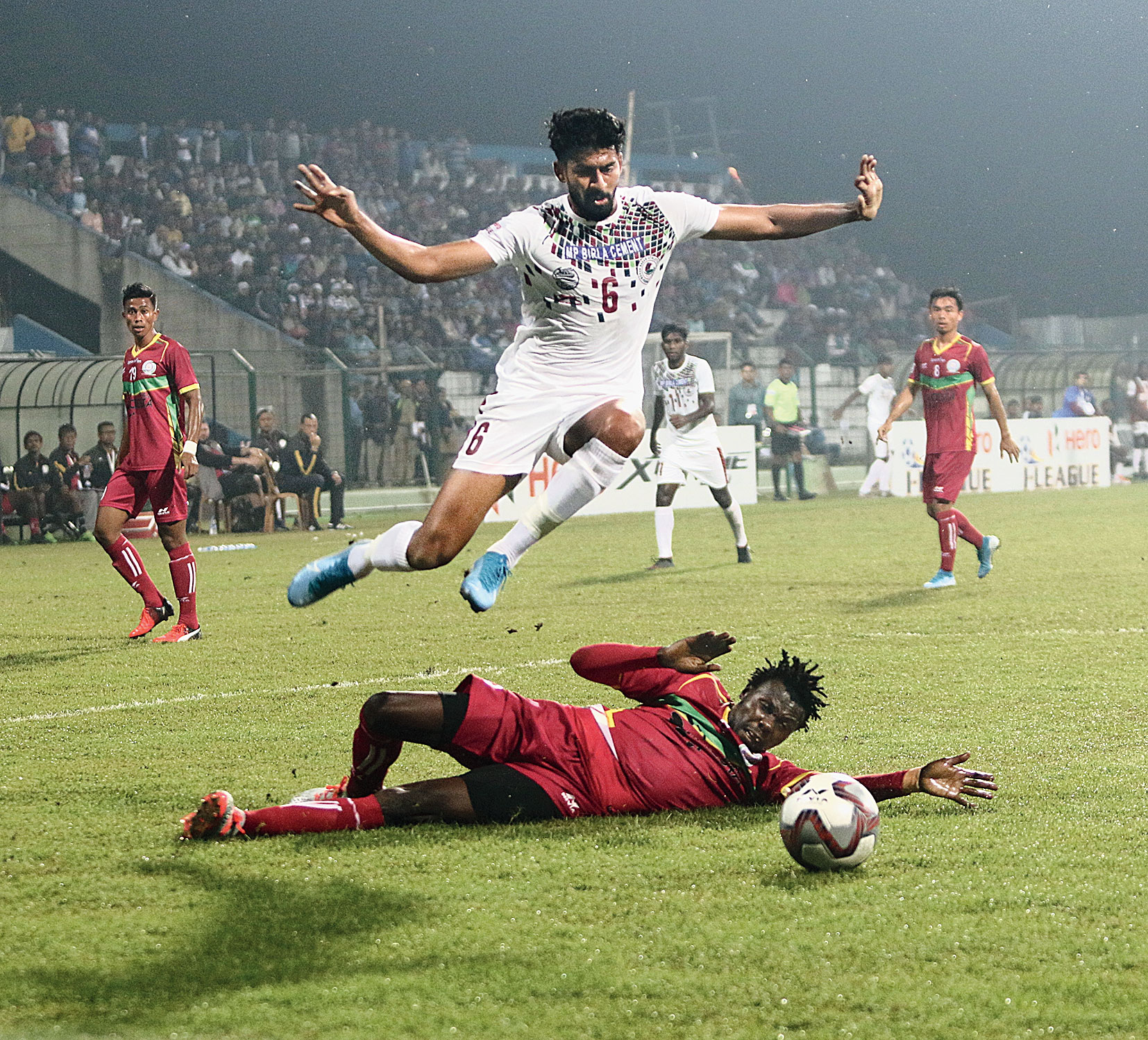 There is relief for Mohun Bagan and coach Kibu Vicuna.

The Calcutta giants registered their first and much-needed victory in the ongoing I-League, when they defeated TRAU FC 4-0 at the Kalyani Stadium on Wednesday.

Desperate to bag three points, Bagan went on the offensive from the start and put pressure on the inexperienced TRAU defence right from the word go.

The hosts got their breakthrough as early as in the fifth minute of the game. Joseba Beitia flag-kick was half heartedly cleared by TRAU defender Patrick Oguchi Uche.

Daniel Cyrus received the loose ball and his header fell in front of Fran Gonzalez, who made it 1-0.

Bagan doubled their lead in the 38th minute when Suhair VP met a low cross from Ashutosh Mehta and got his first goal of this I-League.

Bagan got the third goal in the 46th minute. Beitia took a free-kick and TRAU went for the off-side trap. But Gonzalez timed his run to perfection and calmly sent the ball home.

In the 72nd minute, Julen Colinas set up an excellent ball for Nongdamba Naorem inside the box but a sliding tackle from TRAU’s Tonmoy Ghosh saved the moment for the team from Manipur.

Substitute Subho Ghosh, who came in place of Suhair, scored Bagan’s fourth goal as he nodded in a cross from Sheikh Faiaz in injury time.

Beitia, however, was injured and had to be taken off.

TRAU did get a chance to score, but Brazilian Marcel Silva shot straight to the goalkeeper.

Salva Chamorro, who missed numerous opportunities to score in the first two matches, didn’t find his place in the 18-member squad. Bagan now have four points from three matches and are placed fourth in the points table.

TRAU are yet to earn a point. They looked unimpressive and their head coach, Douglas da Silva, who is yet to fulfil AIFF’s licensing criteria, need to work a lot to give the team a proper shape.

Asked whether Beitia’s injury was serious, Vicuna said: “We were leading 3-0 and didn’t want to take any risk and so took him off.”