Serie A: Title after 11 years for AC Milan 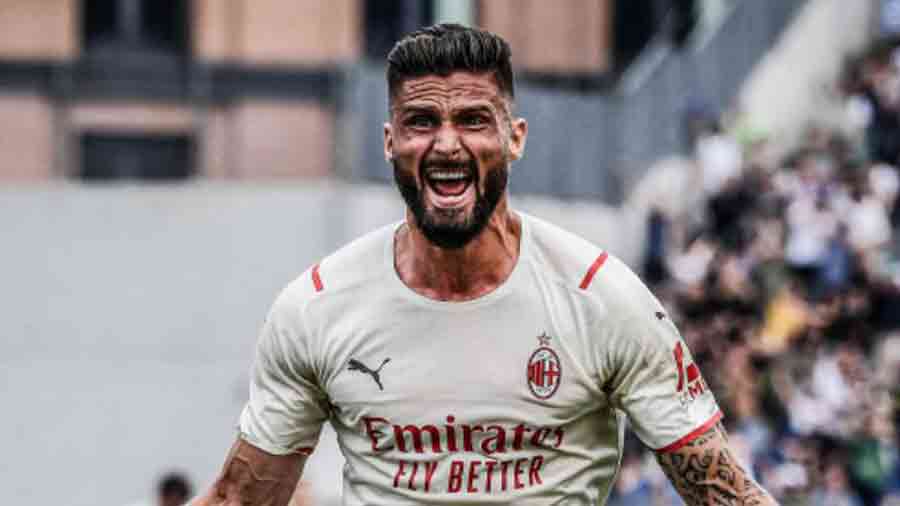 AC Milan clinched their first Serie A title in 11 years after earning a 3-0 final-day victory at Sassuolo on Sunday, with a double from Olivier Giroud and one from Franck Kessie sealing the Scudetto in style.

Stefano Pioli’s side came into the final round of fixtures knowing a point would be enough for them to finish top ahead of rivals Inter Milan, but after Giroud squeezed the ball home in the 17th minute, a 19th Serie A title never looked in doubt.

Frenchman Giroud stabbed home a second in the 32nd minute after further fine work from Rafael Leao to put Pioli’s men on course for the trophy, without needing to be concerned with how Inter were getting on back at their shared San Siro stadium.

There was no relenting from Milan as Kessie slotted home a third four minutes later to effectively put the game, and title race, to bed before halftime.

After the break, it was party time in Emilia-Romagna, with thousands of Milan fans, who had clearly purchased tickets among the home supporters, celebrating throughout the half as their side never looked in any danger of being pegged back.

Inter Milan beat Sampdoria by an identical 3-0 margin in their final game as Simone Inzaghi’s side finished runners-up.

As news streamed in of Milan’s goals away at Sassuolo, Inter fans at the San Siro wore a sombre look as silence descended on the historic stadium, even as their team desperately tried to break down Sampdoria’s defence.

The crowd found its voice after the restart, however, and Inter duly opened the scoring when Nicolo Barella found Ivan Perisic in the box and the Croatian fired home.

Inter then scored twice in two minutes through Joaquin Correa.

On Saturday, Juventus ended a poor season on a disappointing note after losing 2-0 at Fiorentina, with the hosts securing a place in next season’s Europa Conference League with the victory.

The three points ensured Fiorentina finished seventh, booking a return to continental competition for next season, while Juve end the campaign on 70 points in fourth, their lowest Serie A points return since 2010-11.