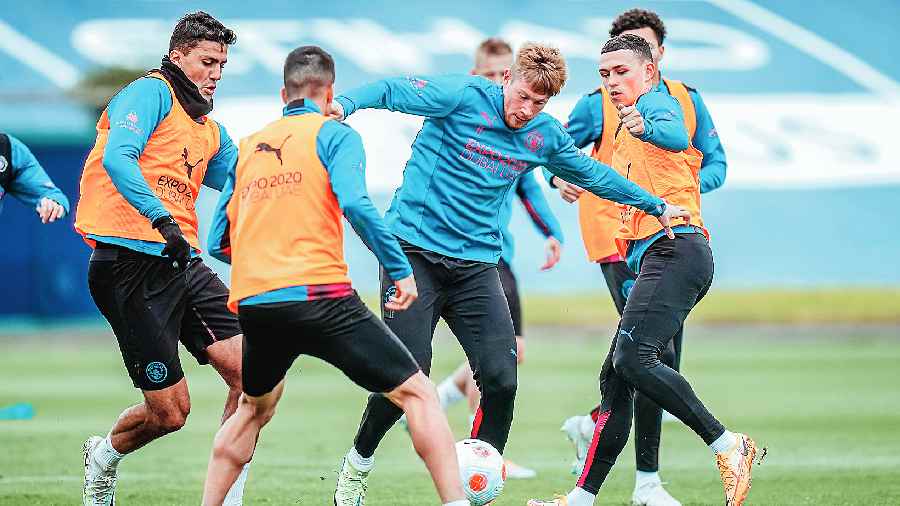 Steven Gerrard’s phone has been red-hot ahead of the finale to the English Premier League and many of the calls and messages will likely have come from people connected to his former club.

One of the greatest midfielders in his generation, Gerrard never got to win the league for Liverpool in 17 years there as a player and team captain. It was the biggest regret in his career, denying him what he has called “the icing on the cake.”

On Sunday, though, he could help win the title for Liverpool — as a manager of another team. Gerrard’s Aston Villa stand between Manchester City and another league title, their sixth in 11 seasons. All City need to do is win at their Etihad Stadium home.

Yet if Gerrard can inspire a win or even a draw for Villa, the title could then go to Liverpool — provided his boyhood club, the team he’ll forever hold dear to his heart, beats Wolverhampton in a match taking place simultaneously at Anfield.

It’s the dominant narrative heading into Sunday and Gerrard can’t deny it. “I totally understand and respect the external noise and the questions that have been coming my way for some time,” he said. “They’re involved in a title race and I spent a lot of time there.”

Liverpool manager Juergen Klopp said he hasn’t spoken to Gerrard about the game and won’t be doing so before Sunday. “Stevie will take it 100 per cent seriously, I am sure, without me calling him,” Klopp said. “I don’t have to. Probably the rest of the club did it already, but I didn’t.”

Klopp said helping Liverpool win the title would presumably be a motivating factor for Gerrard. “I can only understand these situations by thinking of myself in that role,” Klopp said.

Gerrard won’t be the only member of Villa’s travelling contingent this weekend with links to Liverpool. Philippe Coutinho and Danny Ings are former Liverpool players and they are likely to return to the team having been left out of Villa’s 1-1 draw with Burnley on Thursday.

The subplots don’t end there. In City’s team is Jack Grealish, who left Villa in the last off-season as Britain’s first £100 million ($139 million) player to join City in his quest for trophies. It’s his old club which could stop him.

City, meanwhile, are looking to avoid becoming the first team to go into the final day of a top-flight campaign as leaders and not end it in first place. City manager Pep Guardiola attempted to take the pressure off his players on Friday, saying it was just another game.

“We know what we are playing for,” Guardiola said.

It would be extremely painful, however, for City to end the season without any silverware. If that was to be the case, Liverpool — already the winner of both domestic cups — would be heading to next week’s Champions League final looking to complete an unprecedented quadruple.

And the Reds would have one of their greatest ever players partly to thank for that.