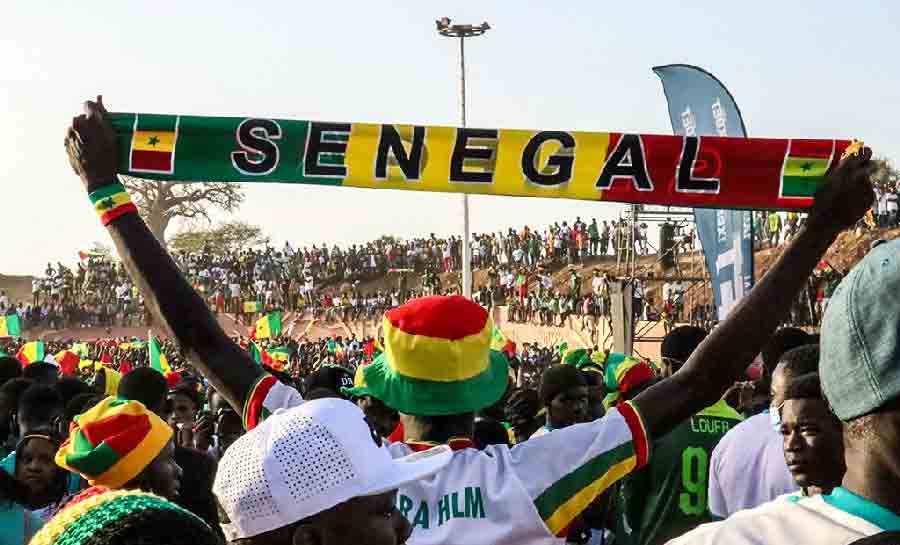 Sadio Mane scored the winning spot kick as Senegal claimed a first-ever Africa Cup of Nations title with a 4-2 penalty shootout victory over seven-time winners Egypt following a 0-0 draw in the decider in Yaounde on Sunday.

Mane had missed an early penalty in the game but stepped up to make history for the west African nation, and banish the memories of their 2019 failure when they lost the final to Algeria.

Goalkeeper Edouard Mendy saved from Mohanad Lasheen in the shootout to allow Mane the chance to seal the win and gain just reward for Senegal, who had been by far the better side in the final but spurned numerous opportunities to win the game.

Egypt had their goalkeeper Mohamed Abo Gabal to thank for getting them into the shootout at the Stade d’Olembe as he was outstanding in keeping Senegal at bay in what was the fourth time in as many games they had played extra time in energy-sapping conditions. There may be some poetic justice for Senegal coach Aliou Cisse, who was captain of the side in 2002 when they lost the final on penalties to Cameroon after a goalless draw, having missed his kick in the shootout.

“We are proud,” said goalkeeper Mendy. “We never won before. We worked really hard to win this trophy and today (Sunday) we won as a group, as a country.” Egypt, who had to do without suspended coach Carlos Queiroz in the dug-out, battled to get into the game and created only half-chances, with their talisman Mohamed Salah largely ineffective.

Salah was in tears at the end, having also lost the 2017 final to Cameroon and seeing his Liverpool teammate Mane seal his fate this time round. Senegal fluffed the chance for an early lead when Mohamed Abdelmonem’s late, reckless challenge brought down left back Saliou Ciss.

Salah had a lengthy conversation with Gabal before Mane stepped up to take the spot-kick. The latter went for power straight down the middle of the goal but his effort was saved, the 10th penalty miss in the tournament.

Ismaila Sarr’s trickery down the right wing caused more early problems for Egypt and his low cross was narrowly missed by Mane at the back post on two occasions.

Egypt finally caused some alarm in the Senegal box when Salah cut inside off the right and forced a good save from Mendy. The pattern of play continued in the second half with Senegal doing most of the attacking and both Famara Diedhiou and Mane were denied by Gabal in quick succession.

Marwan Hamdi flashed a header wide at the other end, while in the first half of extra time, Gabal again made a fine stop to deny substitute Bamba Dieng.

In Dakar, Senegal’s capital, cheers, car horns and fireworks greeted the final whistle that in an instant erased the country’s reputation as one of Africa’s underachieving footballing nations.

Thousands took to the streets. People waved flags from the sunroofs of speeding cars. Onlookers hugged and cried. Dozens ran onto a beach in a northern suburb, screaming to the night sky.

“Senegal have lost so many trophies in the final. This is a relief. Finally, we have it!” said Pape Malick Diba, a 31-year-old trader who danced with friends at a fan zone.

These were rare scenes of collective rapture for Senegalese football fans who have seen their fair share of sporting heartache, and who in the last two years have suffered the restrictions and economic hardship caused by the Covid-19 pandemic.

The victory ends a storied history of tough losses. In 2002 Senegal narrowly missed the opportunity to become the first African team to reach a World Cup semi-final, losing to Turkey in extra time. That year it also lost in the final of the Africa Cup of Nations.

In the 2018 World Cup they were eliminated at the group stage under a new rule that penalised it for receiving more yellow cards than group rivals Japan. On Sunday those old memories were forgotten.

“Joy, tears, because it is a historic victory,” said Senegal President Macky Sall when asked for his reaction on national television.

“For 60 years our country has been seeking this. Well, we have done it today (Sunday).”