The TRC Stadium has a capacity of 20,000 but according to sources number of spectators could be restricted to around 7000 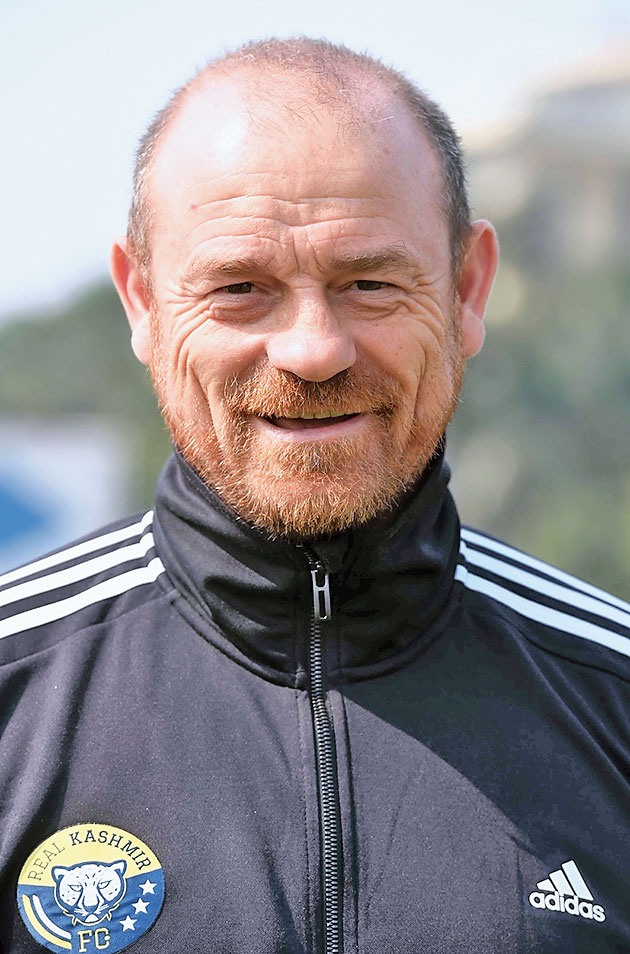 The home matches of Real Kashmir FC (RKFC) will be held at the TRC Stadium in Srinagar as per schedule. This was decided at a meeting between the All India Football Federation’s I-League committee and the clubs in New Delhi on Thursday. The I-League begins from November 30 with Aizawl FC hosting Mohun Bagan.

“None of the clubs has voiced their concern. Situation is conducive to hold matches. So our home matches will be held as per schedule. We have been saying that there will not be any problem in Srinagar, RKFC co-owner Sandeep Chattoo told The Telegraph.

The David Robertson-coached RKFC host Gokulam Kerala FC in the first home match on December 12. “We are okay to play there,” said club owner VC Praveen from Dubai.

The TRC Stadium has a capacity of 20,000 but according to sources number of spectators could be restricted to around 7000.

East Bengal, who are celebrating their centenary year, have requested to host their first home match at the club ground. So in all likelihood the match against RKFC on December 3 would be in the Maidan. Other than the two Derbies both East Bengal and Mohun Bagan would be playing at the Kalyani Stadium.

Meanwhile, the AIFF has signed a three-year deal with Lex Sportel Vision Pvt. Ltd. to broadcast the I-League on Dsport, according to a statement.

AIFF have commissioned Instat Limited — an Ireland based company to produce a feed of the live audio-visual coverage for the broadcast on DSport. Instat will produce all 110 I-League games with an eight-camera set-up. AIFF’s agreement with Instat Limited will also run for three years.

The I-League for the past two seasons was showcased on Star Sports. However, as per the request of the I-League clubs, the AIFF & FSDL (Football Sports Development Limited) negotiated the deal with the new broadcast partner providing exclusive rights for on-air and digital content. FSDL will also contribute partly to the cost of production.