Advertisement
Home / Sports / Football / Liverpool's motto: Be the team none wants to play

Liverpool's motto: Be the team none wants to play

The Reds are second in the Premier League, trailing leaders Manchester City by a point, and have also reached the semi-finals of the FA Cup 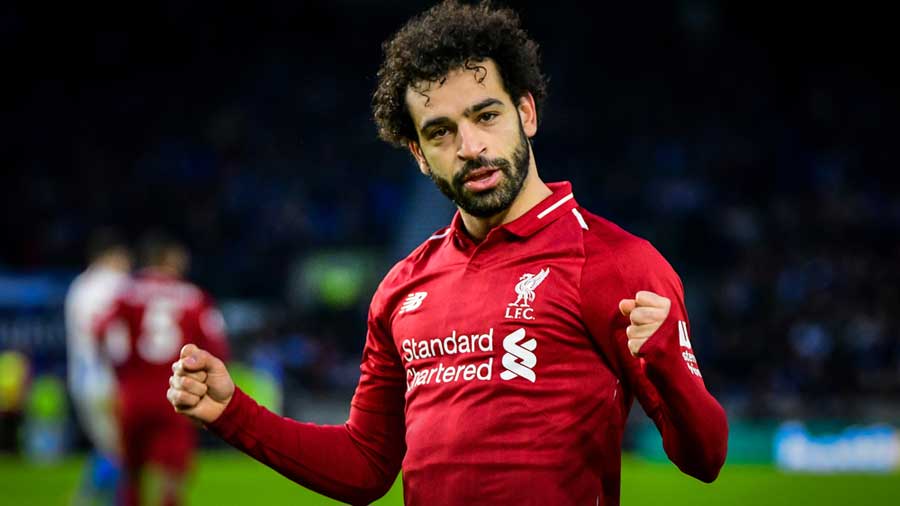 Liverpool’s goal is to become a ‘really aggressive’ team, manager Juergen Klopp said on Tuesday ahead of their Champions League quarter final second leg against Benfica at Anfield. Liverpool lead 3-1 after victory in Lisbon last week and Klopp’s side are in a rich vein of form having lost only once in their last 22 games in all competitions, winning 18 times.

“We were good in Benfica, I liked the game. The main target is again being the one team no one wants to play,” Klopp told reporters ahead of Wednesday’s clash.

“Really aggressive in a football sense, defending well, knowing more about the way they play.” The English League Cup winners have what Klopp described as a “super intense” schedule and are on track for an unprecedented haul of four trophies this season.

Liverpool are second in the Premier League, trailing leaders Manchester City by a point, and have also reached the semi-finals of the FA Cup. Klopp added his team selection would not be made with one eye on Saturday’s FA Cup semi-final against City, with whom they drew 2-2 in the league on Sunday.

Manchester City midfielder Fernandinho said on Tuesday that he does not plan to sign a contract extension and remain at the Premier League club beyond this season, with manager Pep Guardiola left surprised by the Brazilian’s decision.

Guardiola said that he was surprised by the statement of Fernandinho, who plans to go back to his homeland, but hoped to persuade him to stay.

“I didn’t know. You give me the news. We will see what happens. I don’t know what will happen. He is so important. I’ll ask him,” Guardiola said.

Defender Ruben Dias will travel with the squad to Spain after overcoming a hamstring injury last month. City have a slender advantage heading into the second leg after Kevin De Bruyne’s 70th minute goal earned them a 1-0 victory in the first game.

Atletico Madrid won’t deviate from their usual style despite heavy criticism, coach Diego Simeone said on Tuesday. After losing last week’s first leg 1-0 with an overly defensive gameplan that yielded no attempts on goal, Atletico received plenty of criticism, including from former coach Arrigo Sacchi, who called it “prehistoric soccer, from the ’60s.”