Liverpool take on Chelsea at Wembley 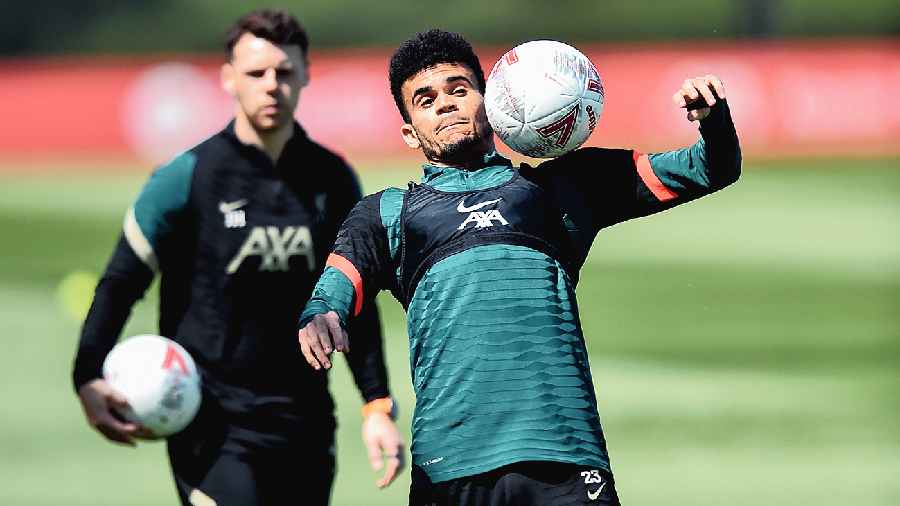 Liverpool manager Juergen Klopp said his squad was not deep enough to challenge for multiple trophies earlier in his reign as they look to end a long FA Cup drought in Saturday’s final against Chelsea.

The Merseyside club advanced to the FA Cup final for the first time under Klopp, who took over at Anfield in 2015, and are chasing an unprecedented quadruple this season having already won the League Cup in February.

Liverpool, seven-time FA Cup winners, beat Manchester City to reach their 15th final but their first in 10 years, and have not lifted the trophy since 2006.

While Liverpool have won the Premier League and Champions League in previous seasons under Klopp, the German had not managed to lead them past the fifth round of the FA Cup before the current campaign.

“It was never that we didn’t want to go to the final, we just didn’t have the power to do it,” Klopp told a news conference on Friday. “We didn’t have the squad to go for (all the trophies).

“It’s our first FA Cup final and we are really, really desperate to win it, but we know our opponents are as well,” Klopp said of Chelsea, who Liverpool overcame on penalties in the League Cup final.

“They are cup specialists... We didn’t ‘beat’ Chelsea. We won the shootout,” he added. “I’ve said a few times that without luck you have no chance and luck was on our side that day.”

Defensive midfielder Fabinho will miss the trip to London but Klopp said the Brazilian will be fit in time for the Champions League final later this month, when Liverpool take on Real Madrid in Paris on May 28.

In the Premier League, Liverpool are three points behind Manchester City with two games remaining.

“When you go for three or four trophies, it’s clear you get it or you don’t. It’s a busy season, but it will never happen that the FA Cup is just a normal game,” Klopp said.

“It’s a special game and, for some, the biggest in their career. We want to enjoy it and deliver for our people.<“We are really looking forward to this opportunity. It’s now a massive final for us and I’m really happy we are part of it.”

Chelsea midfielders Mateo Kovacic and N’Golo Kante could feature on Saturday after manager Thomas Tuchel said this was the time of the season to take risks.

Kovacic, who had recently returned from injury, was on the receiving end of a reckless tackle from Leeds United winger Dan James, who was shown a straight red card for his challenge in Wednesday’s 3-0 Premier League win at Elland Road.

Tuchel said Kovacic had not picked up a new ankle injury but was suffering from heavy pain, while Kante is expected to play after missing their last three matches through an unspecified injury.

“We will try it. Mateo wants to try it,” Tuchel told reporters. “The medical department gave the green light to try it.

“The advantage is that the ligament is anyway torn from the last incident, so there is no new injury but there is heavy pain and it (the ankle) was heavily swollen.

“We are hoping that maybe time is enough that he makes it, but we will try in training and know more about it... Unfortunately he has this injury before the FA Cup final because he was excellent in the match against Liverpool.”

When asked about Kante’s availability, Tuchel said: “He is also trying.” It was a reduced training session (on Thursday) because of lot a long travel and fatigue. He is keen to make it (to the game).

“It will be crucial for us and it’s the moment to take risks.”

Tuchel, whose team are third in the league, said Chelsea want to give a “hard fight” to Liverpool.

“You have to be spot on in these matches, they are such close matches lately... it will be down to margins and details. We are facing one of the very best coaches and teams in the world. We are up for the fight.”