Mourinho fired by Manchester United with his career at crossroads 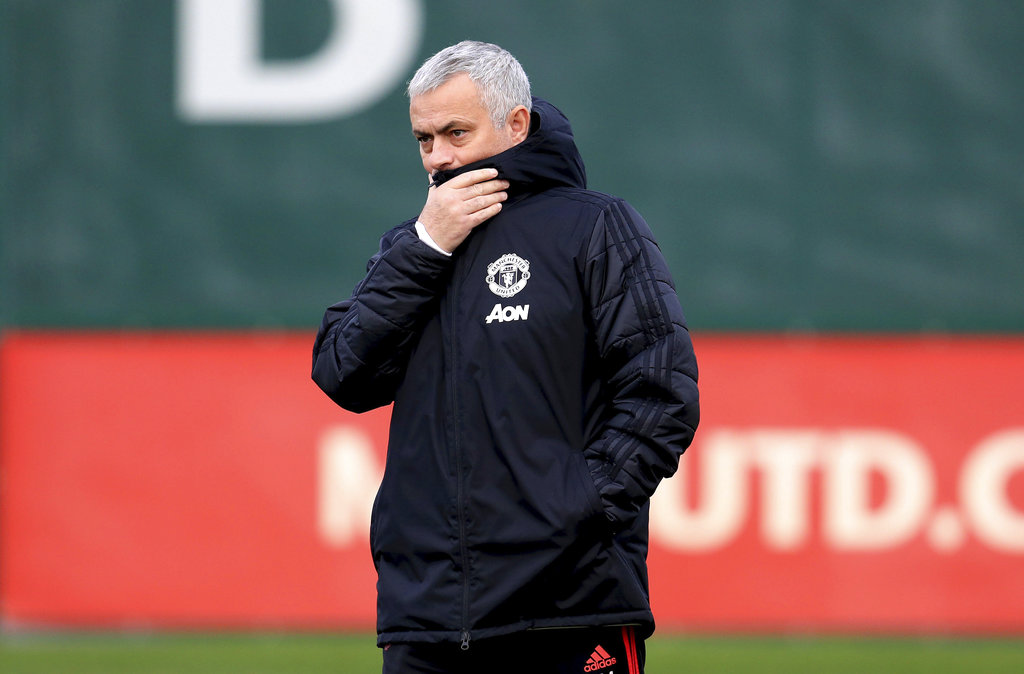 Jose Mourinho was fired by Manchester United on Tuesday after failing to restore its status as a major European force in a turbulent two-and-a-half-year spell marked by clashes with players and increasing disgruntlement at the team's style of play.

The end for Mourinho at English soccer's most prestigious club came two days after a 3-1 loss at Liverpool, which was the latest reminder of just how far United has slumped behind the top teams in the Premier League and Europe.

United said it will not hire a permanent replacement for Mourinho until the offseason. The club will appoint a caretaker manager for the remainder of the season in the coming days.

Mourinho, a serial winner of trophies throughout his coaching career, arrived at Old Trafford in 2016 as a supposed quick fix for United following its struggles after the retirement of long-time manager Alex Ferguson three years earlier.

He leaves with United sixth in the Premier League — 19 points off the lead after 17 games — and with his coaching career at a crossroads, with critics questioning if his abrasive approach to management, on and off the field, still suits modern-day soccer.

United won two titles in Mourinho's first season — the English League Cup and the Europa League — but failed to capture a trophy in his second season, although second place in the league was its highest finish since Ferguson left.

Mourinho has historically encountered problems in his third season in charge at clubs he has managed, and it was no different at United.

His relationship with Paul Pogba, United's record signing at $116 million and the marquee arrival in Mourinho's reign, appeared broken following a spat that started in the offseason.

Pogba, who hasn't started for United in its last three games, wrote on Instagram 'Caption this!' alongside a picture of him smirking in a post published soon after the announcement of Mourinho's departure. It was quickly deleted.

Mourinho had also been unhappy that United's board failed to back his wish to sign a central defender in the offseason. United has already conceded more goals in the league (29) than it did in all of last season.

Then there was United's pragmatic and often-ponderous style of play under Mourinho that always seemed at odds with United's preference down the years for free-flowing, attacking play.

Mourinho's final match in charge was the loss at Anfield, after which he said his players were brittle and couldn't cope with the intensity and physicality of Liverpool — historically United's biggest rival. United also lost 3-1 to neighbor Manchester City in the league in recent weeks in another display that highlighted the team's demise.

Mourinho lasted the same length of time at United as he did in his previous job at Chelsea, when he was also fired just before Christmas in his third season after accusing his players of 'betraying' him.

In his six major coaching stints — at Porto, Chelsea, Inter Milan, Real Madrid, Chelsea again and United — Mourinho has only lasted more than three years once. That was in his first spell at Chelsea.

Having signed a new contract with United in January until June 2020, the Portuguese coach will reportedly receive compensation of 24 million pounds ($30 million).

Whoever replaces Mourinho — Tottenham manager Mauricio Pochettino is among the favorites with British bookmakers, while former Real Madrid coach Zinedine Zidane is out of work — will take over a team that reached the last 16 of the Champions League, where it will play Paris Saint-Germain over two legs in February and March.

More importantly, the interim coach needs to claw back an 11-point deficit to fourth-place Chelsea in the race for Champions League qualification — the minimum requirement for big teams like United at the start of the season.

In some of Mourinho's final public comments as United manager, he said 'for sure we are going to finish in the top six ... but the better we can get is fourth position.' It smacked of a lowering in standards that he used to criticize other managers of having.

By the end, the old magic that marked Mourinho out as one of the greatest coaches of his generation had gone.

Assistant coach Michael Carrick will take charge of training until a caretaker coach is announced. United's next league match is against Cardiff on Saturday as the team looks to bounce back from its worst 17-game start to a league campaign since the 1990-91 season.