It feels like the first: Jürgen Klopp into third Champions League final with Liverpool

Liverpool stage a second half comeback against Villarreal to secure their place in the Champions League final. Coach Jürgen Klopp was relishing in his third final in five years, as Manchester City or Real Madrid await 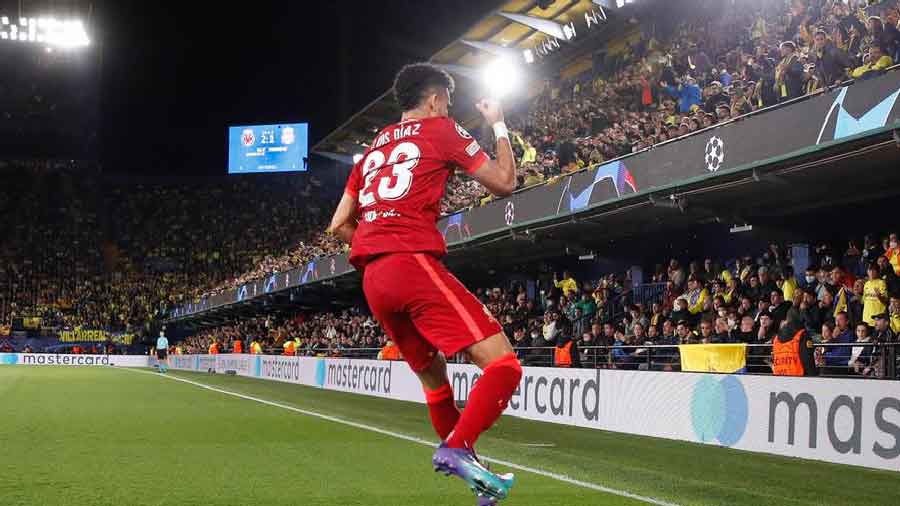 Liverpool's record in this competition under the German is already etched into history: "This is because it's always so special - it's the best club competition in the world; the magic, the night.

"Respect to Villarreal. Wonderful stadium and what they are doing here is incredible. It feels so special because it was so difficult for us," Klopp said.

Indeed, Villarreal ensured Liverpool's 2-0 lead from the first leg had evaporated before half time. Two goals assisted by Etienne Capoue and scored, first by Boulaya Dia, then a superb header by Francis Coquelin. Liverpool were rattled as Estadio de la Ceramica bounced to a vibrant yellow beat.

This was a compelling Champions League night that tilted back in Liverpool's favor when Fabinho blasted in a low shot under Villarreal keeper Geronimo Rulli. Liverpool diffused the tension in the tie with their second on the night when substitute Luis Diaz headed in at the far post from Trent Alexander-Arnold's delicious cross. A cool finish by Senegal forward Sadio Mane sealed the deal. In the end, class tells.

Diaz proves Klopp's trump card
It was Diaz's substitution that changed the game for Liverpool, and a little piece of tactical magic by Klopp, who replaced Diego Jota at halftime with Diaz unlocking things for Liverpool as the tide turned after the break.

"You could see how impressed we were with them in the first half. Usually when we are in a situation like this, we try to show show the boys how we want them to play... we didn't find anything,” said Klopp on his thinking at halftime. Difference-maker: Luis Diaz came off the bench and inspired a Liverpool win.

To Paris for Liverpool and Klopp on May 28, his fourth final in this competition including Borussia Dortmund's run to the all-German final in London in 2013. A superb record - he joins Miguel Munoz, Alex Ferguson, Carlo Ancelotti and Marcello Lippi as having reached four finals, but he will be keen to add to his European Cups, which still stands at one.

Premier League champions Manchester City or recently-crowned La Liga champions Real Madrid await Liverpool. For Villarreal, defeat but a proud one as the stadium remained yellow and raucous at full-time. As Villarreal defender and captain Raul Albiol put it: "Football is beautiful. This was a defeat, but we'll always remember this run. A sad night, but also unforgettable."