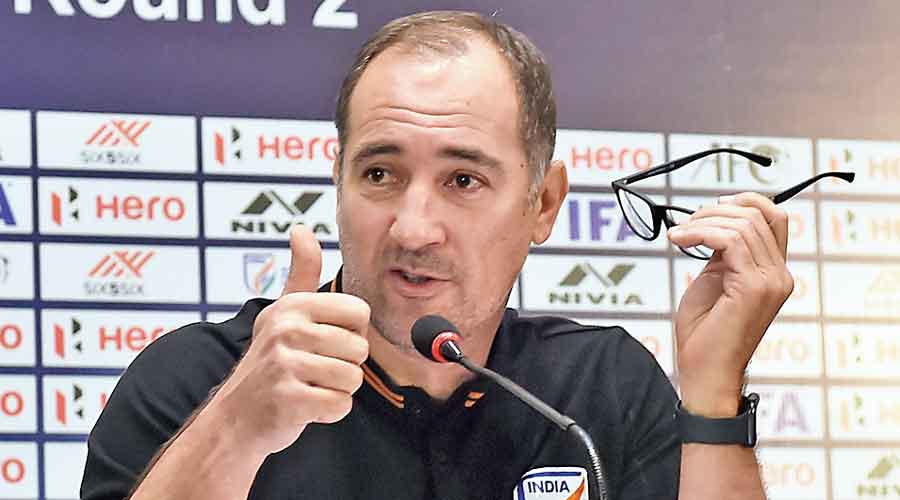 The Indian football team will play against hosts Vietnam and Singapore in two friendlies in Ho Chi Minh City. The squad left for Vietnam on Tuesday.

Head coach Igor Stimac is upbeat about India's chances in the two matches.

"We are definitely capable of winning the tournament, but I think it's the small things that will decide who win it," said Stimac.

"Obviously, Vietnam have a lot of momentum with their performances in the last couple of years. They have a good team, and are playing at home, which is why they are probably the favourites, but we also have a good chance as we have a young squad.

"I think we have enough quality to match them, and if we stay positive and play with a good mindset, we can do it," he added.

While the confidence in the squad is high, Stimac was wary of the fact that most of his players are still in pre-season mode right now, and that rotation would be the order of the day for the Blue Tigers.

"We need to be careful because we are facing two sides that are in full swing competitions."

However, the Indian team has enough momentum to not be too worried about that at the moment, feels the 55-year-old.

"With regards to the momentum that we have after the June AFC Asian Cup Qaulifiers (India beat Cambodia, Afghanistan and Hong Kong in back-to-back matches), the optimism is high and the positiveness which currently surrounds the team should only bode well for us."

While there are a couple of new faces are in the Blue Tigers squad, the head coach has not closed the doors on any player that is not with the team currently. It is more a matter of trying out various systems with a pool of around 40 players, in preparation for the 2023 AFC Asian Cup.

"Nobody has been excluded. My actual list contains of 40 players, and it is just because to the situation of the tournament that I can only choose 23 of them. My technical staff and I felt that this set of players were the best suited and most compatible for the two upcoming matches.

"This is how we learn more about the players. Of course I had meetings with all my players before this, I had communicated to them as to why we are going with this current list. Everyone who is not on the list knows why he isn't on it."