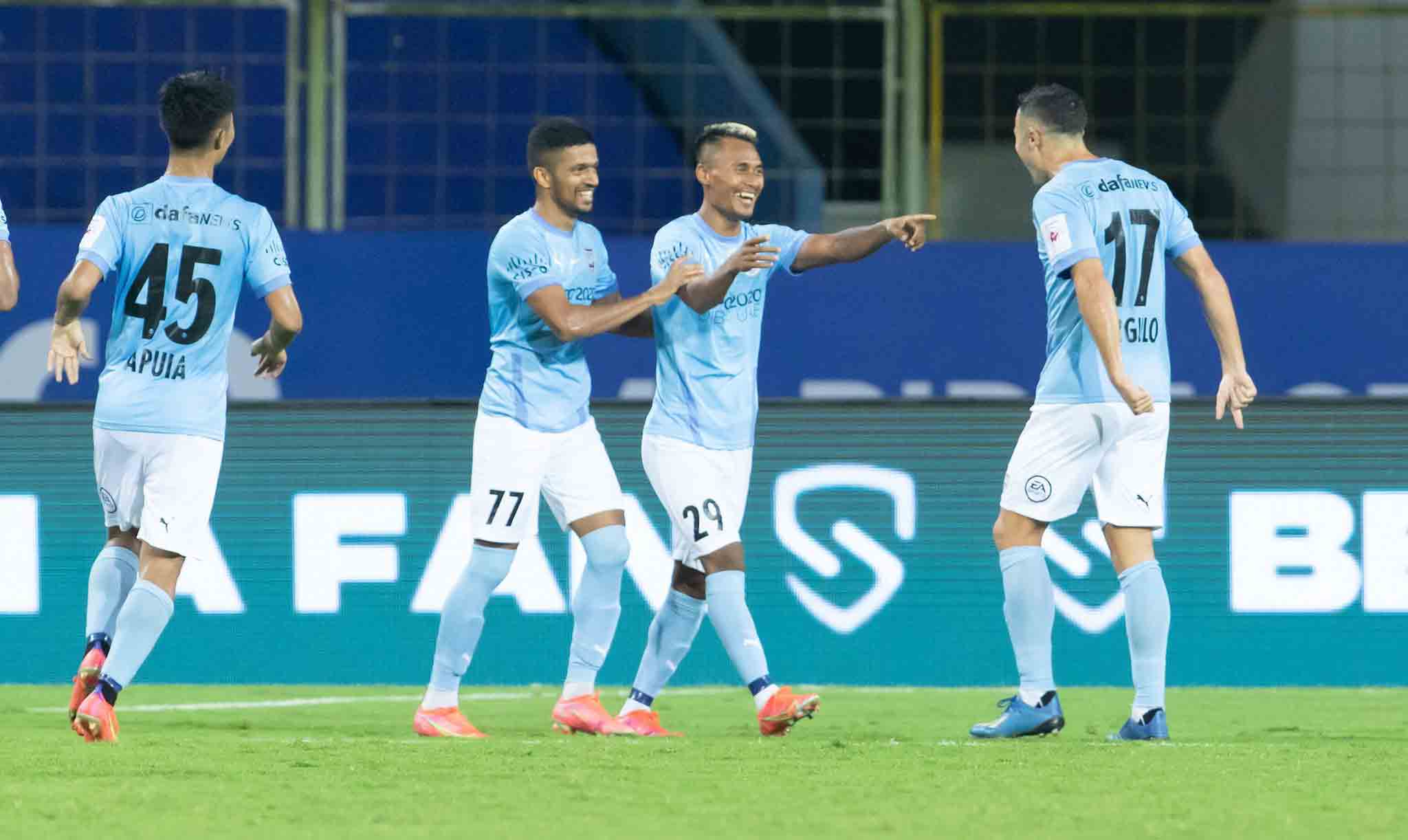 Antonio Lopez Habas retained trust in the same set of players that won bragging rights in the Kolkata derby over the weekend.
Twitter
Our Bureau   |   Published 01.12.21, 10:16 PM

Defending champions Mumbai City FC pumped in five goals and conceded just one for a resounding victory over ATK Mohun Bagan in an ISL match at the Nehru Stadium in Fatorda on Wednesday.

Mumbai City, who lost 1-3 loss to Hyderabad FC on the same day, made two changes. Mandar Rao Dessai started at left back as Vikram assumed Raynier’s place on the right wing. Young Vikram took less than four minutes to repay the faith new coach Des Buckingham put on him.

The pacy forward was at the right position when a square pass from Bipin Singh went through a defender’s leg and Vikram shot first time into the net, nutmegging goalkeeper Amrinder Singh.

The wave of attacks remained relentless. The ATKMB defence had no answers when another bit of build-up play from the left saw Bipin’s delivery tapped home by Vikram on the second time of asking as he slid in, almost colliding with Amrinder.

Bagan’s sorry state of affairs was highlighted by their zero shots on target in the first half. Mumbai City were not done as Mandar’s cross was laid down by Fall inside the box and the dangerous marksman Angulo had no trouble guiding the ball into the net, putting his side three to the good before the break.

With Deepak Tangri sent off right after the resumption, Mumbai City made it 4-0 with Fall heading in a free-kick from Jahouh.