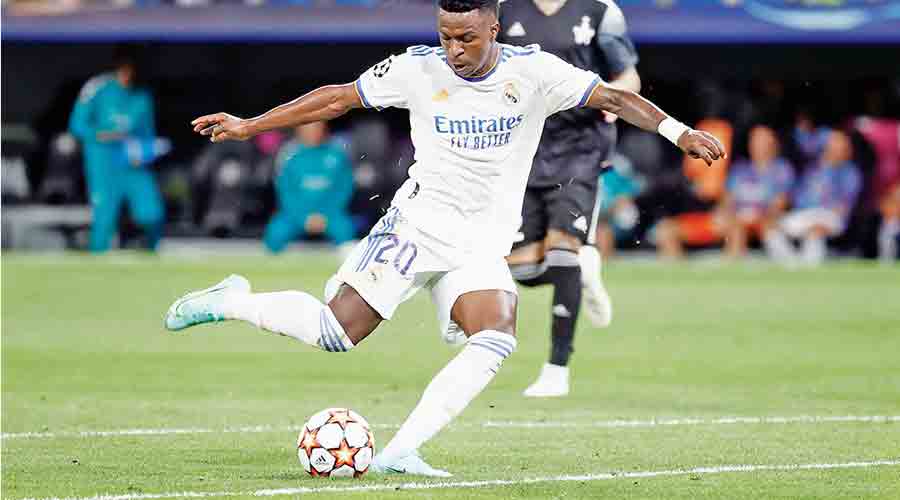 La Liga has condemned hate speech after Atletico Madrid fans were filmed racially abusing Real Madrid forward Vinicius Jr outside their Metropolitano Stadium ahead of Sunday’s match. Hundreds of Atletico supporters could be heard singing, “Vinicius, you are a monkey, you are monkey” in a video published on social media by radio station Cope in the build-up to the Madrid derby, which Real won 2-1.

Local media also reported that monkey noises and chants of “Vinicius, die” were heard throughout the game. “Hate speech has no place in La Liga and we always work with the clubs and the authorities to identify and bring to justice any such case,” La Liga said in a statement.

“We denounce all incidents inside and outside stadiums and work with clubs to keep our football friendly and enjoyable.

“La Liga always reports any incidents of hate speech or violence to the authorities and assists in the investigation. We will do the same with what happened on Sunday night.”

Vinicius Jr was in good form for Real Madrid in the game against Atletico. Before the match, the Brazilian had said that he wouldn’t stop dancing after scoring a goal as he is celebrating the diverse culture in the world.

Atletico didn’t comment on the situation immediately but said on Twitter to their fans to respect their opponents and support the team with passion.