‘He creates chaos, he creates uncertainty and he’s always on your shoulder’ 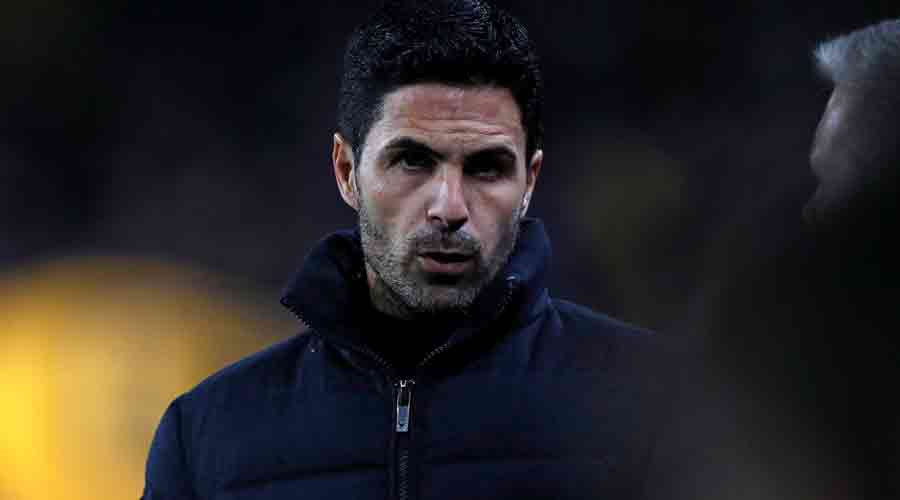 Arsenal manager Mikel Arteta said Gabriel Jesus’s ability to create “chaos” is exactly what they need after the Brazilian continued his impressive pre-season form in a 2-0 win over Everton in Baltimore on Saturday. Jesus opened the scoring in the 33rd minute after a corner found him unmarked at the far post, lashing his effort past Jordan Pickford and into the roof of the net, before playing a role in setting up Bukayo Saka for the second minutes later. The 25-year-old striker, who scored twice in a pre-season friendly against Nuremberg earlier this month, was signed for $53.33 million from Manchester City in the close season.

“He creates chaos, he creates uncertainty and he’s always on your shoulder,” Arteta told reporters after the win. “He’s a real threat and this is what we need. He’s very versatile, but obviously, the way we would like to develop him, is in that (number nine) position.” Arteta also praised William Saliba’s display and the progress he has made over the last few months. “He was really good,” the Spaniard said. “I think he played a really good game, he looked really composed, straight away from day one he looked completely focussed, he’s evolved the way we wanted and today I think he had a great performance.”

Arsenal will also take on Chelsea and Major League Soccer side Orlando City in the United States before rounding off their pre-season preparations against Sevilla in London on July 30. Arteta revealed that it is only a ‘matter of time’ before Saka signs a new contract. Saka has emerged as a key player for his boyhood side in recent seasons and enjoyed his best campaign yet last time out. The England international featured in each of Arsenal’s 38 Premier League games and registered 11 goals and seven assists. Saka’s current deal is set to expire in 2024 and the Gunners are keen to extend his contract amid interest from the likes of Real Madrid, Manchester City and Liverpool. Quizzed about Saka’s future , Arteta revealed that he was confident that negotiations would be smooth. “We will try. We both have the same intention. It’s a matter of time,” he said. However, the forward is in no rush to extend terms. The club is not immediately concerned about his future but would prefer to have a deal sewn up by the end of the summer. Should this not be possible, negotiations will continue into the 2022-23 season.

Manchester United agreed to a deal with Ajax Amsterdam to sign defender Lisandro Martinez for an initial fee of €57.37 million ($57.87 million), with €10 million of potential add-ons included, both clubs confirmed on Sunday. The deal is subject to a medical examination and a visa being granted, with completion expected in the coming days.

The length of the contract was not announced, but a source with knowledge of the agreement said that Martinez would sign a five-year deal with the Premier League club, with an option for a further 12 months included. The 24-year-old, who can also play in midfield, will be manager Erik ten Hag’s third signing following the arrivals of Tyrell Malacia and Christian Eriksen.

Ten Hag coached Martinez for three seasons at Ajax after the player moved to the Netherlands from the Argentine side Defensa y Justicia in May 2019. Martinez made 118 appearances for the Dutch club. A new defender was seen as a priority for United after their struggles at the back last season. They conceded 57 goals last term, the most among the Premier League’s top six and 31 more than champions Manchester City. The deal comes too late for Martinez to join up with his United teammates on their pre-season tour in Australia. They open the new league campaign at home to Brighton & Hove Albion on August 7.