Fran Gonzalez does a star turn

Thanks to the Spaniard, Bagan were able to register their first-ever victory against Kerala FC 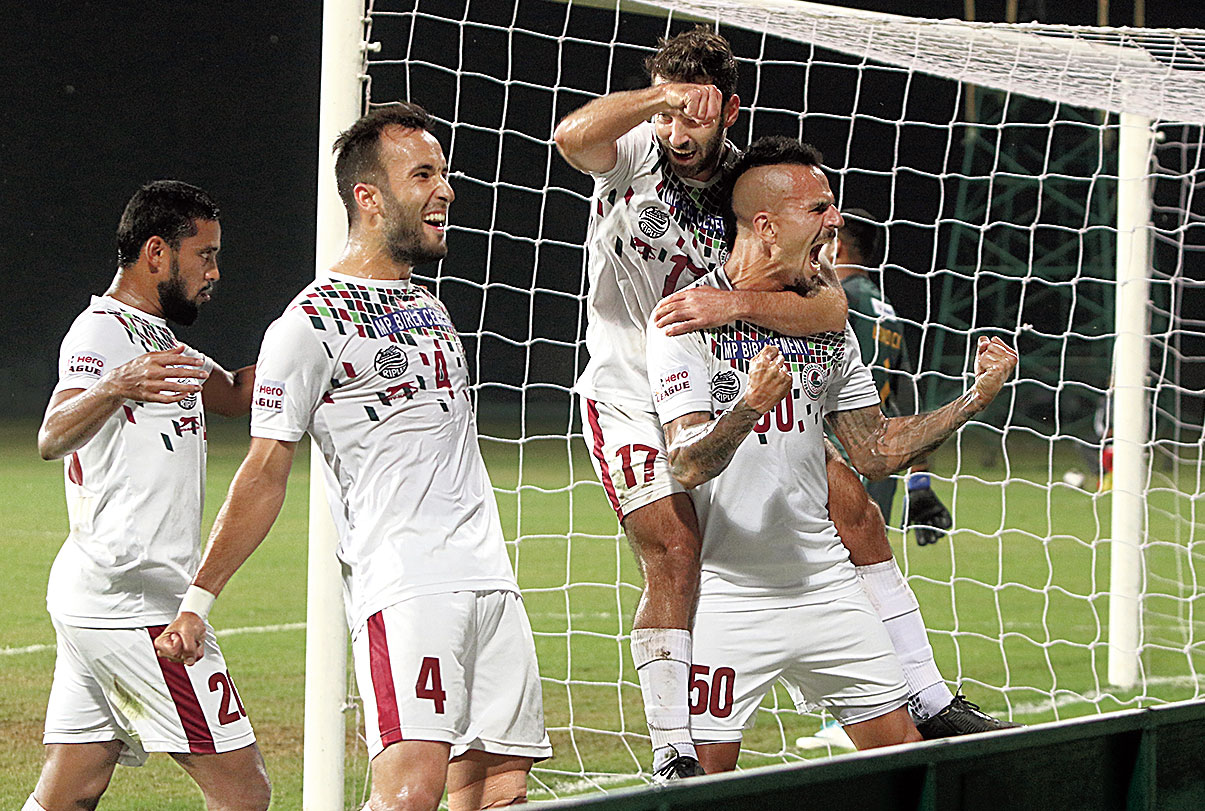 Mohun Bagan played their best match of this I-League so far to defeat Durand Cup champions Gokulam Kerala FC 2-1 at the Kalyani Stadium on Monday.

Fran Gonzalez was the cynosure for Bagan, for he not only scored a brace again but also helped the defence thwart Kerala FC attacks.

Thanks to the Spaniard, Bagan were able to register their first-ever victory against Kerala FC.

Bagan goalkeeper Sankar Roy, who made three important saves in the match with one of them in the dying moments of the game to deny Marcus Joseph, was adjudged Man of the Match. Gonzalez could also have been given the award.

This win should certainly boost Bagan’s confidence ahead of Sunday’s Derby against East Bengal.

Bagan played in a 4-2-3-1 formation and the strategy worked for Kibu Vicuna. Gonzalez and Sheikh Sahil played as the defensive screen, which strengthened Bagan’s defence and nullified the threatening runs of Henry Kisekka and Joseph.

From the very beginning, Bagan’s intention was clear — not to concede a goal. Joseba Beitia, one of their key men, was controlling the game at the centre.

Nongdamba Naorem and Julen Colinas were supporting him from the left and right flanks, respectively, and combined well with team-mates.

Bagan though didn’t have to wait long for the goal. Ashutosh Mehta was tripped inside the box by goalkeeper Ubaid CK and this time referee John did award Bagan with a penalty.

Gonzalez stepped up and converted the spot-kick to make it 1-0 for Bagan in the 24th minute. After the goal, Bagan took complete control of the game.

Bagan defender Mehta went for a scuffle with Naocha Singh. The Kerala FC defender was shown the yellow card.

Against the run of play, Kerala FC earned a penalty in the injury time of the first half. Daneil Cyrus’ half-hearted clearance found Marcus who passed towards Malemnganba Meetei. Julen Colinas tripped Meetai inside the penalty box and Kerala FC were awarded the penalty.

They drew level through Marcus, who made no mistake from the spot.

After the change of ends, Bagan went 2-1 ahead in the 48th minute as Beitia’s corner was clinically nodded in by Gonzalez. This was his fifth goal and it helped him to become the top-scorer of the league.

Kerala FC’s Mohamed Salah missed the easiest chance of the day. In the 69th minute, he just had to push the ball into the goal but he squandered. The Liverpool striker’s namesake got another chance but that too was wasted.

But not all went well for Bagan as captain Gurjinder Kumar was given marching order, for a second yellow card late into injury time. He will miss the Derby.

Another worry for Bagan before the Derby is Colinas, who was stretchered off in the 60th minute. Vicuna sounded happy after the win. “We have got three points against a tough team.”

With this win Bagan now have seven points from four matches and are placed second in the table. Table-toppers East Bengal have eight points from same number of games.