We played 13 matches in Europe and we did not lose a single one: Oliver Glasner 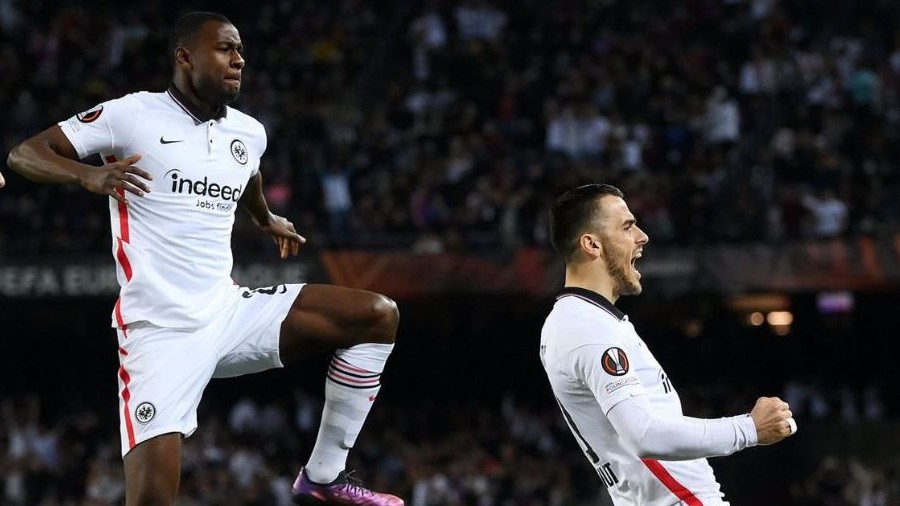 Eintracht Frankfurt won the Europa League final after holding their nerve to beat Rangers 5-4 in a clinical penalty shootout as they claimed their first European trophy in 42 years.

Eintracht keeper Kevin Trapp saved Aaron Ramsey’s spot kick — Rangers’ fourth — while Eintracht were flawless in their execution, scoring all five after the game had finished 1-1 after 120 minutes.

Joe Aribo had struck against the run of play in the 57th minute to give Rangers the lead, charging clear after a string of defensive errors and sliding the ball past Trapp.

The Germans, unbeaten in the competition going into the final and eyeing their first European title since 1980, bounced back as Rafael Borre snuck in between two defenders to turn in a Filip Kostic cross in the 70th.

“We played 13 matches in Europe and we did not lose a single one,” said Eintracht coach Oliver Glasner.

“We took it step-by-step and at the end we were rewarded. I have no words to express what I feel for the players,” added the Austrian, whose side will now compete in next season’s Champions League despite finishing in 11th place in the Bundesliga.

Frankfurt are the first Bundesliga team to win the Europa League, or its predecessor the Uefa Cup, since 1997, when Schalke beat Inter Milan on penalties.

Rangers had ended extra time the stronger side, but two brilliant saves from man-of-the-match Trapp ensured the game went to the shootout where the superb technique and mental strength of the Germans won it.

There was a sizzling atmosphere inside the Sanchez Pizjuan stadium with Rangers and Eintracht supporters having piled into southern Spain’s largest city over the past few days.