Some of the club’s fans had previously urged the Tesla billionaire on Twitter to consider buying the club, complaining at what they see as under-investment by the Glazers 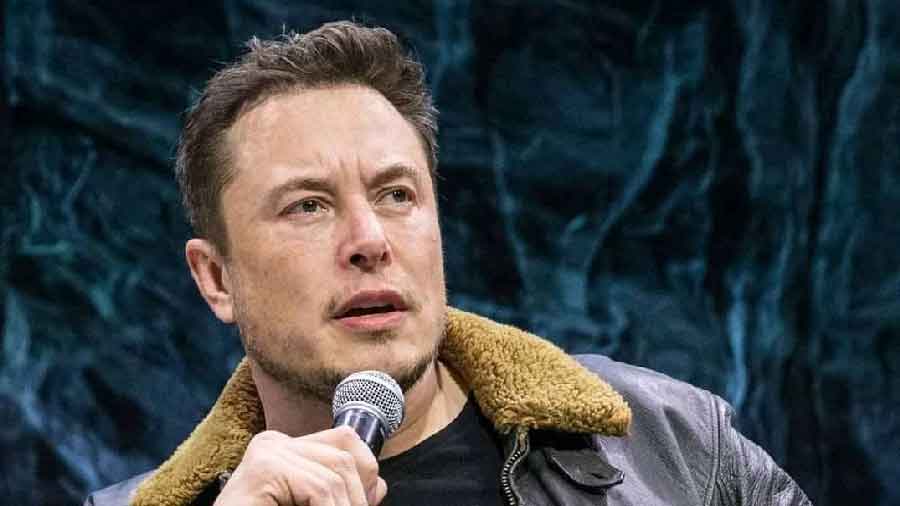 Elon Musk, the Tesla billionaire who is the world’s richest person, on Wednesday briefly electrified the debate about the future of Manchester United — whose current owners are anathema to many fans — by claiming on Twitter that he is buying the marquee Premier League club, before saying that the post was part of a “long-running joke”.

One of the world’s most successful football clubs, United, known as the “Red Devils”, are rooted at the bottom of England’s Premier League, though only after two games this season, which includes a humiliating 4-0 away defeat to Brentford.

Having seen eight coaches come and go in less than 10 years, some fans and investors are wondering whether it’s time for its owners, the American Glazer family, to sell up. Enter the billionaire CEO of Tesla.

“To be clear, I support the left half of the Republican Party and the right half of the Democratic Party! Also, I’m buying Manchester United ur (sic) welcome - Elon Musk,” the 51-year-old tweeted to his 103 million followers. Some of the club’s fans had previously urged Musk on Twitter to consider buying the club, complaining at what they see as under-investment by the Glazers.

United haven’t won the English league title since the glory days of manager Alex Ferguson, claiming the last of their record 20 wins in 2013. Within six hours of his tweet, Musk’s message had attracted more than 500,000 ‘likes’ on the club’s main Twitter account — though some users didn’t take it too seriously, comparing his tweet with his troubled run at buying Twitter. But then came the clarification. “No, this is a long-running joke on Twitter. I’m not buying any sports teams,” Musk posted, when asked by a user if he was serious about buying United.

The Florida-based Glazer family did not immediately respond to requests for comment. Manchester United declined to comment. Musk’s ambitions range from colonising Mars to creating a new sustainable energy economy, and in the process he has built the most valuable car company in the world in Tesla, rocket company SpaceX, and a slew of smaller firms. One is a tunnel maker called the Boring Company.

The Tesla boss faces a legal battle in the US after backing out of a deal to buy Twitter for $44 billion. A prolific user of the platform, Musk has a history of being unconventional and posting irreverent messages, making it hard sometimes to tell when he is joking. “Next I’m buying Coca-Cola to put the cocaine back in,” he tweeted on April 27, two days after Twitter’s board accepted his unsolicited offer to buy the company. Referring back to that post, on Wednesday he tweeted: “And I’m not buying Coca-Cola to put the cocaine back in, despite the extreme popularity of such a move.”

Musk previously ran afoul of the US Securities and Exchange Commission for tweets claiming that he had the funding to take Tesla private in 2018, leading the electric vehicle maker’s stock price to jump.

That led to a securities fraud settlement requiring that his tweets be approved by a Tesla attorney before being published. Musk, with his seemingly unlimited potential to buy the best football players in the world, would have been a welcome prospect for many Manchester United fans who want to see the club back at the top of the game.

British newspaper The Daily Mirror reported last year the Glazers, who acquired the club in 2005 for 790 million pounds ($957 million), were prepared to sell, but only if they were offered over 4 billion pounds. The Glazers have not, however, given any indication of an interest in selling the club.