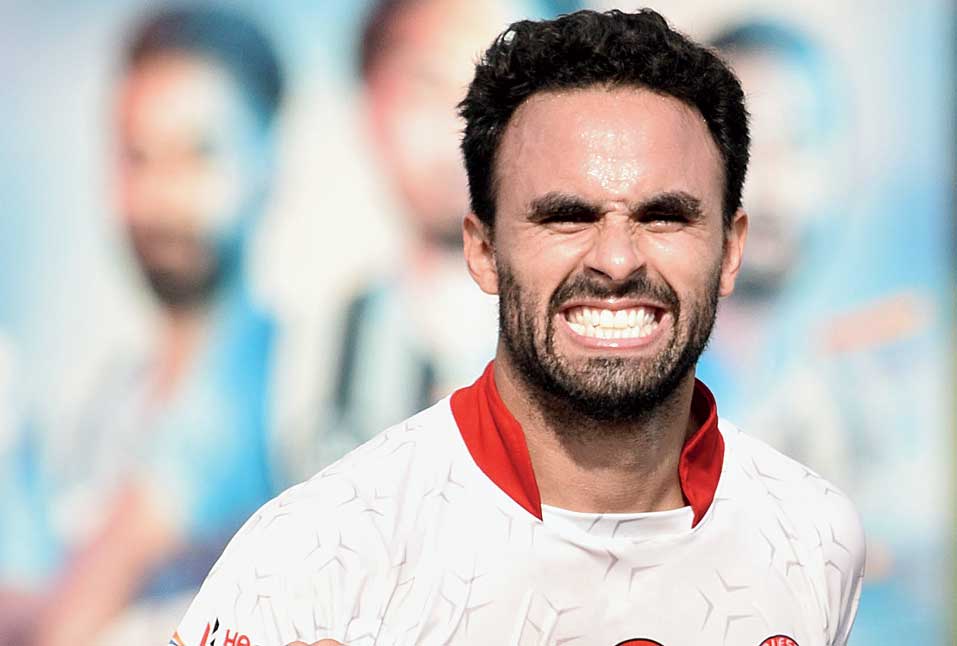 Quess East Bengal on Sunday beat Minerva Punjab FC by a solitary goal in their penultimate round match to remain in the title hunt and take the battle for the I-League crown down to the wire.

Enrique Esqueda scored the match-winner in the 75th minute at the Tau Devi Lal Stadium here.

The Calcutta giants will need to win their final match against Gokulam Kerala FC in Kozhikhode on Saturday and hope that Chennai City FC either draw or lose against Minerva in Coimbatore on the same day if they want to lift the trophy for the first time.

For Chennai City FC, a win against Minerva at home ground on Saturday will be enough to clinch their maiden I-League crown. Both the title-deciding matches will be played at the same time at 5pm.

Holders Minerva, who were already out of reckoning for the title, started the game on an attacking note and enjoyed a good spell of possession in the first few minutes. But East Bengal did not allow the hosts an inch in the midfield.

The game was mostly played in the middle of the park in the first quarter. East Bengal, with their urgency for a win, did press hard but full marks to the organised defence of Minerva, which ensured that the visitors did not get an opportunity to score early.

Esqueda, Jaime Santos and Laldanmawia Ralte combined well to come close to scoring twice, but some great keeping by Minerva’s Arshdeep Singh and the woodwork played a critical role in ensuring that the first 45 minutes of the game remained goalless.

The second half began with East Bengal stepping on the gas, but they could not breach the Minerva defence on most occasions. Minerva, on the other hand, kept attacking in short bursts through Juan Quero and Sreyas VG, but failed to find an opportunity to take the lead.

East Bengal came really close to scoring on a couple of occasions, but some exceptional goalkeeping by Arashdeep ensured that the visitors did not get the elusive goal till much later.

Minerva, who were playing a very organised game, however gave in when a wrong clearance saw Esqueda make no mistake in grabbing the opportunity and finding the back of the net in the 75th minute.

After the goal, both teams continued to attack, with Minerva desperate for an equaliser. But East Bengal managed to hold fort.