Some 18 years ago, a young Xavi, who had scored the winner off a Ronaldinho chip to silence a boisterous Bernabeu, again became the mastermind 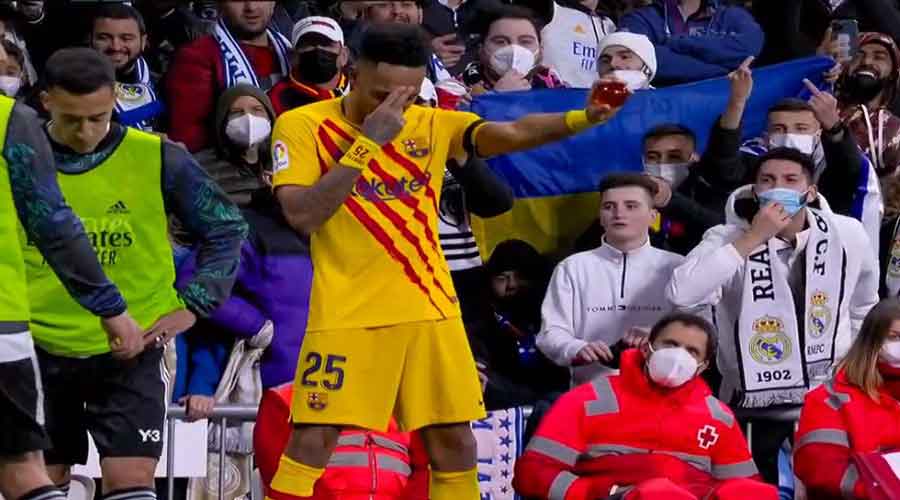 The Barcelona revival is happening and Xavi Hernandez is the mastermind.

Some 18 years ago, a young Xavi had scored the winner off a Ronaldinho chip to silence a boisterous Bernabeu.

On Sunday, he was on the touchline giving instructions to a relatively inexperienced Barca side and the same Bernabeu watched in disbelief as a Karim Benzema-less Real Madrid were routed 4-0.

This was more telling than the 6-2 mauling Madrid had endured in May 2009. That Barcelona were too intimidating for their rivals in Europe.

Very few had expected a Barca victory on Sunday. After all, Madrid were the team in form — runaway leaders in La Liga and they had just showed mighty Paris Saint-Germain the door in Europe.

But Xavi had other ideas. He used Ronald Araujo as a right back to negate Vinícius Junior and that gamble paid off. Ousmane Dembele was a livewire on the right and Ferran Torres, who scored one goal, and Pierre-Emerick Aubameyang, who netted a brace on his El Clasico debut, made life miserable for the Madrid defence.

Dembele, when in full flight, plays with a swagger of a champion and even looks better than his national teammate Kylian Mbappe. Riddled with injuries, Dembele exorcised the ghosts of a series of inconsistent performances.

“I’m delighted,” Xavi, 42, said after the match. “Barca is back. We showed that we can fight against a great Real Madrid team that are on a roll and in their stadium. It is a great achievement to encourage us for the future of our project.”

Agreed central defender Gerard Pique. “We are back,” he tweeted.

His partner, the singer Shakira, posted her photo on Instagram flaunting four fingers in reference to the scoreline. The victory came after three years — a Madrid win in the Clasico was almost becoming a given.

“A surprising result. I never thought Madrid would lose like this in their own den. They were too complacent and paid the price. Barcelona have improved by returning to Pep Guardiola’s coaching style under Xavi’s direction. I also think they made some smart signings during the January transfer window,” former ATK Mohun Bagan coach Antonio Lopez Habas told The Telegraph from Madrid.

Having fallen as low as ninth in the table when Ronald Koeman was sacked in October last year, Barcelona have been revitalised under Xavi. After their fifth consecutive league win, they are third in the standings on 54 points, three points behind second-placed Sevilla but with a game in hand.

They are unbeaten since an extra time defeat by Athletic Bilbao in the Copa del Rey on January 20, have scored 24 goals in the last seven matches and earned 23 points out of the last 27 in the league. They host Sevilla on April 3 in a match that could decide the runners-up slot.

Though Madrid with 66 points look firm favourites to regain the title notwithstanding Sunday’s drubbing, they would recall that 2003-2004 season, and that Clasico in which Xavi scored his 86th minute winner, with trepidation.

In 2003-2004, Madrid were runaway leaders but their season unravelled as they lost matches. Valencia went on to win the title, Barca came from behind to finish second. Madrid finished fourth.

As Barca captain Sergio Busquets said: “If we still have a small chance to make a run for the title, we will fight until the end. It’s very difficult but in football anything can happen. We are Barca.”