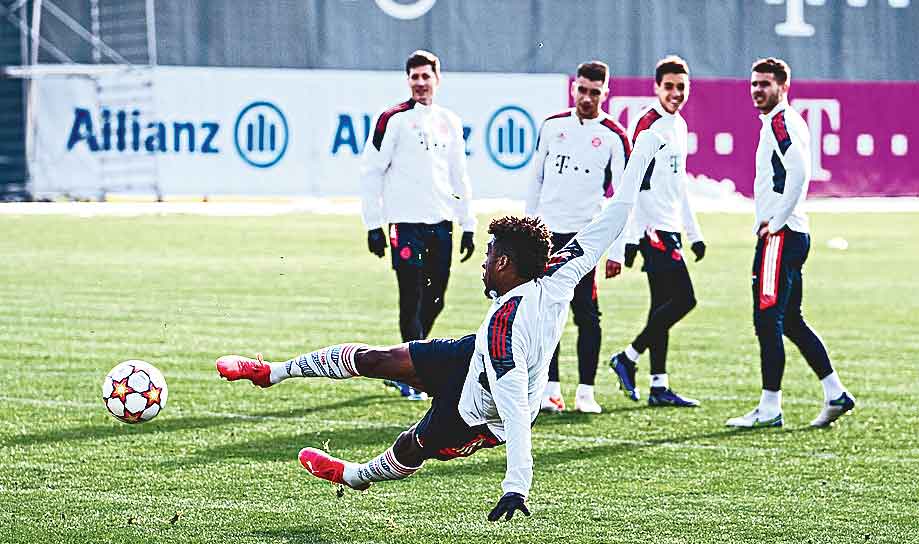 Already-qualified Bayern Munich will be without half-a-dozen players when they host Barcelona in their final Champions League Group E game, but it will be the Spanish giants who will be the worried lot. The Bavarians have already qualified for the knockout stage with five wins from five matches so far and will be looking to make it six, with Barcelona, in second on seven points, needing a win to secure the second knockout stage spot.

Barcelona will also advance with a draw on Wednesday if Benfica, who have five points, fail to beat last-placed Dynamo Kyiv. But if they lose and Benfica win, the Catalans will get eliminated. The last time Barcelona failed to make it to the last-16 stage of the Champions League was 20 seasons ago.

Xavi Hernandez’s boys will be have to be at their best when they take on the German side in Munich on Wednesday. When they played Bayern at home in the first-leg, they were demolished 0-3.

Bayern coach Julian Nagelsmann has insisted that his boys are aiming to end group stage with a perfect record despite missing several players. Nagelsmann said he would need to replace Leon Goretzka and Serge Gnabry with both players nursing minor injures, while forward Eric Maxim Choupo-Moting is still feeling the effects from a bout of Covid-19. He also said Joshua Kimmich — out for four weeks after being quarantined twice due to Covid-19 — Michael Cuisance and Marcel Sabitzer were not yet fit.

Manchester United’s interim manager Ralf Rangnick said on Tuesday that he has decided to bring in two former staff members from Red Bull-owned clubs to assist him in his role at the Premier League club.

Rangnick said it was “absolutely logical” to have a sports psychologist join his staff.

“If you have special coaches for goalkeeping, for physical education, even for strikers, you also should have an expert for the brain,” he added.

United face Switzerland’s Young Boys in the Champions League on Wednesday, having already secured a place in the last-16 of the competition and Rangnick said he would make several changes.

Chelsea midfielder Mateo Kovacic is isolating after testing positive for Covid-19 ahead of their final Champions League group game at Zenit St Petersburg while four other players are out injured, manager Thomas Tuchel said on Tuesday.

Kovacic, who has five league assists, was back in contention for the first time since October after a thigh injury ruled the Croatia international out of Chelsea’s last eight games in all competitions.

Ben Chilwell, N’Golo Kante (both knee), Trevoh Chalobah (thigh) and Jorginho (back problem) are also ruled out of Wednesday's game.

Chelsea have already qualified for the Champions League’s knockout stages and are tied on 12 points with Juventus at the top of Group H.