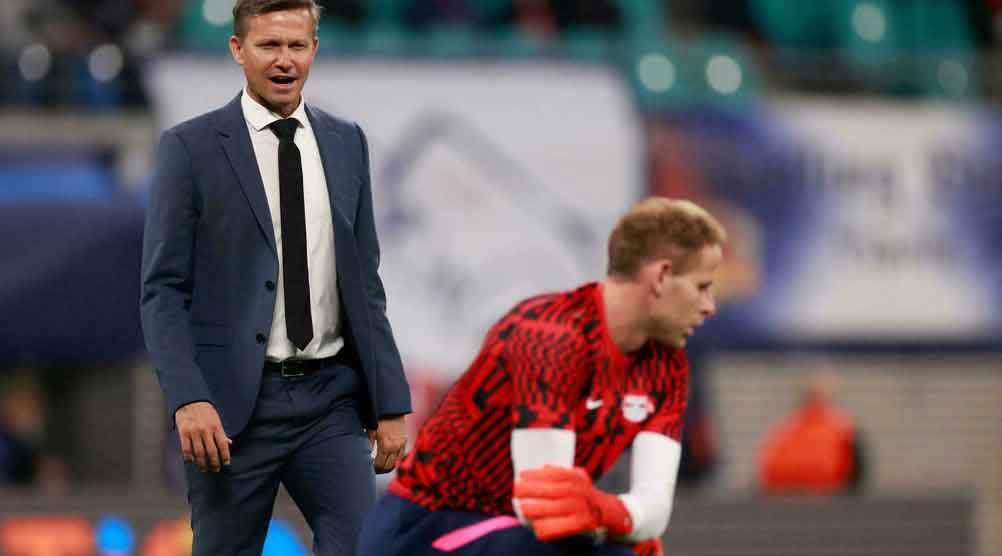 Leipzig, who are bottom of Group A with one point from four games, are already out of contention for the knockout stages.
Twitter/@foet247europa
Agencies   |   Published 24.11.21, 01:55 AM

Assistant coach Marco Kurth will also not travel to Belgium following a positive case in his immediate family, with second assistant Achim Beierlorzer set to lead the side in his absence.

“Jesse Marsch and Peter Gulacsi’s positive tests come despite all first-team players and staff being either fully vaccinated or recovered, thus complying with the 2G rule,” Leipzig said in a statement.

“In addition to this, RB Leipzig have followed the 2G-plus rule (fully vaccinated or recovered, and proof of a negative test) for some time in regard to contact with the first team, and will soon begin carrying out booster vaccinations.”

Leipzig, who are bottom of Group A with one point from four games, are already out of contention for the knockout stages. Brugge are on four points, four behind Paris St Germain in second and five drift of leaders Manchester City.

AC Milan coach Stefano Pioli has called on his side to turn their impressive Champions League performances into results as the seven-time European Cup winners head into Wednesday’s trip to Atletico Madrid needing to win at all costs.

Competing in their first Champions League competition since 2013-14, Milan sit bottom of Group B with one point from four matches, four points behind second-placed Porto, who travel to already-qualified leaders Liverpool on Wednesday.

“We are hardened for this, built to be competitive,” he told a news conference on Tuesday.

“For many players it’s the first time in the Champions League. We’ve found opponents of the highest level, but we’ve shown we are not too far from them.

“We’re aware that we’ve always lacked a little something when it mattered most. We need to know that we need to perform with quality and attention in the two penalty areas, otherwise the performance is worthless.

“My task in preparing the team for Wednesday is quite simple: it is the last chance to stay in the Champions League.”