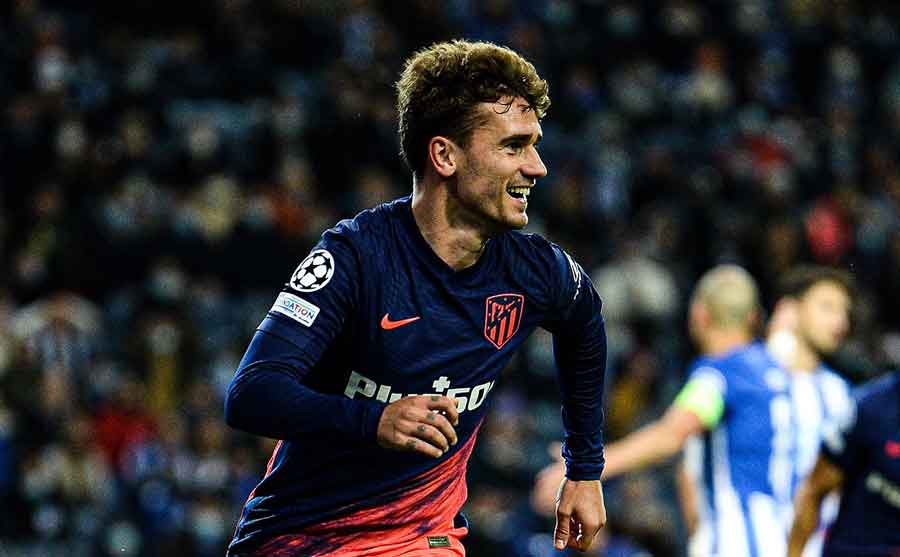 Madrid snatched a place in the Champions League last-16 by riding their luck to win 3-1 at Porto on Tuesday in a tense, ill-tempered game as both sides finished with 10 men.

Atletico began the game bottom of Group B but ended it second on seven points, with Porto coming third with five and qualifying for the Europa League. Liverpool finished top with 18 points after winning 2-1 at AC Milan, who came bottom with four.

It was Milan’s first Champions League campaign since 2013-14. Atletico had the odds stacked against them after losing their previous game at home to Milan 1-0 and to progress they needed not only to win but also for Liverpool to do them a favour.

Antoine Griezmann put Atletico in front against the run of play in the 56th minute, bundling the ball into the net following a corner after the hosts had missed a glut of clear chances either side of the break.

Atletico’s lead was threatened when Yannick Carrasco was sent off in the 67th minute for raising his hands to Otavio as tempers raged following a foul. However, Porto’s numerical advantage lasted only a few moments as Wendell was dismissed for appearing to lightly strike Matheus Cunha with his elbow, sparking a melee involving the players and coaching staff.

Diego Simeone’s team saw out the game in typical fashion, ceding Porto the ball but closing down the spaces, and substitute Angel Correa clinched the win with a clinical finish on the counter-attack in the 90th minute.

“This match and this group stage campaign sums up just what Atleti is all about,” said Griezmann. “We are a true group and we need everyone to do their bit to get to where we want to. We never stop believing.”

Reds do a first

Liverpool’s second-string side fought back to knock out AC Milan as goals from Mohamed Salah and Divock Origi helped the Reds become the first English team to win all six games in a Champions League group stage.

Milan needed to win to stand any chance of progressing to the last-16 and went in front through their England defender Fikayo Tomori in the first half to cheer the home support.

But Salah soon equalised with his 20th goal of the season in all competitions and Origi, who came on to score a stoppage-time winner against Wolverhampton Wanderers in the Premier League on Saturday, headed home Liverpool’s second after the break.

It was also the first time in their history that they had chalked up a sixth consecutive victory in the competition.

“What the boys did, I could not be more proud,” Klopp told said. “The performance was outstanding.”