Stefano Pioli’s men are now third, one point behind second-placed Porto, as they vie for a place in the last-16 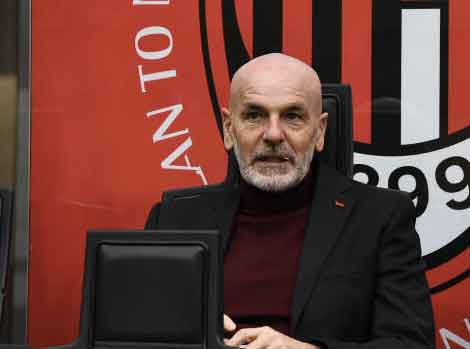 AC Milan coach Stefano Pioli said he has done all the necessary homework to be ready for Tuesday’s must-win Champions League clash with Liverpool at the San Siro, having learned lessons from the thrilling reverse fixture in September.

Milan’s dramatic last-gasp victory at Atletico Madrid in their last Champions League match blew Group B wide open. Pioli’s men are now third, one point behind second-placed Porto, as they vie for a place in the last-16.

If Porto beat Atletico on Tuesday then Milan cannot reach the knockout stages. But a draw and a Milan win in the final group match over already-qualified Liverpool, who Milan lost 3-2 to in September, will allow the Italian team to progress.

“Milan must be strong tomorrow (Tuesday),” Pioli told a news conference on Monday. “We face one of the best teams in the world, one of the eligible candidates to win the Champions League.

“We learned a lot from the first leg, we know the pace and intensity of Liverpool. We know at what level we have to express ourselves to keep the pace.

“In the first leg we suffered a lot of pressure, due to little personality and little movement, especially in the first half hour. They will attack us with great intensity, but now we have such knowledge to be able to overcome their first pressure.”

Liverpool striker Divock Origi will likely start but he may have to come to terms with being in and out of the team, manager Juergen Klopp said.

The Belgian came off the bench to score a late winner, something of a habit in his career at Anfield, in the Premier League at the weekend over Wolverhampton Wanderers.

With Liverpool already confirmed to finish top of the group and games in the league to come thick and fast this month, Klopp will ring in the changes for their trip to Italy on Tuesday.

That looks set to include a start for Origi, who has scored four goals in all competitions this season. “It’s pretty likely (he’ll start),” Klopp told a news conference.