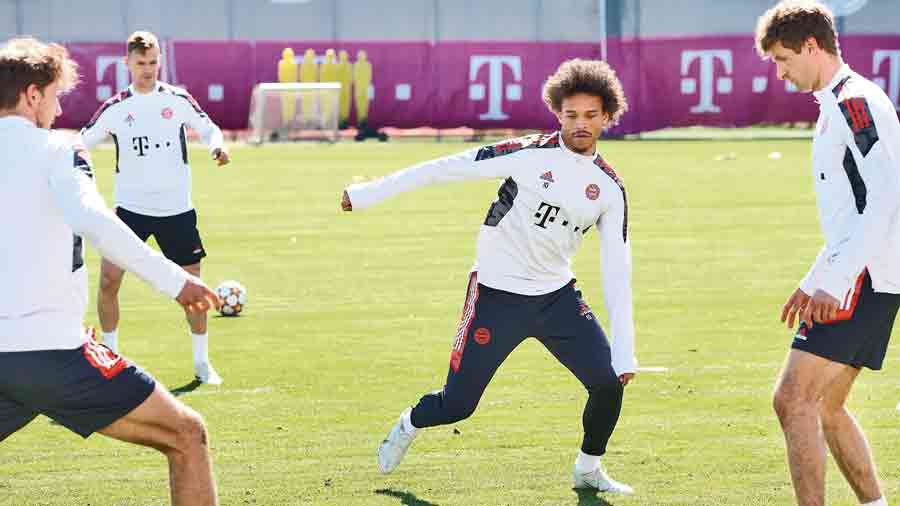 Real Madrid midfielder Casemiro insisted they won’t fall into the trap of believing their Champions League quarter final against Chelsea is already wrapped up after they dominated to win 3-1 at Stamford Bridge in the first leg. Chelsea manager Thomas Tuchel was very critical of his team after last week’s defeat and said it “would be impossible” to recover from the setback — words that did not go unnoticed in Real’s dressing room.

“We won’t fall for that,” Casemiro told a news conference on Monday. “We played probably what was the best 90 minutes of our season in London last week and took a major step closer to qualifying for the semi-final but we can’t get overly confident.

“We all heard what Thomas Tuchel said. We don’t buy it. We know that it will be a tough game. They are defending champions and we won’t take this game lightly, I can assure you of that.”

Casemiro warned Real’s supporters not to lose their focus and called on them to pack the Santiago Bernabeu stadium and help their team finish what they started in London.

“We’ll need our fans to be there and support us from the beginning,” Casemiro said. “We can’t get overconfident and need our fans to create a great atmosphere so we can advance to the semi-finals.”

Coach Carlo Ancelotti agreed with Casemiro that they will not fall for Tuchel putting all the pressure on Real Madrid.

“Chelsea will come here (the Bernabeu) to rescue the tie, I have no doubt about it,” the Italian told a news conference when asked if Tuchel was playing mind games against his side.

“He can say whatever he wants but I’m sure Chelsea will come here to win, that’s the spirit of football, the spirit of big clubs and great players, to never give up. “I’m lucky to have a group of players that know these types of games really well, that anything can happen. They are in a good spirit and happy with the opportunity to reach a Champions League semi-final. But Chelsea are a very strong rival.”

Tuchel told reporters that Chelsea did not have the “biggest chance” to turn the tie around. “It is unlikely but it is worth trying, and trying means that we will play to our fullest and to our full limit. This is what it is, it is a big night,” he said.

Tuchel said that Chelsea had struggled to compete physically in the first leg and that the Premier League’s decision to limit teams to three substitutions in a match, compared to five in La Liga, hampered his side.

“We face a huge disadvantage in terms of physicality as Real Madrid play the whole season with five substitutes and we play in the most physical league,” he added.

In a case fast-tracked by Uefa investigating a fan’s Nazi salute, Atletico Madrid have been ordered to close a 5,000-seat section of their stadium when they host Manchester City on Wednesday. The fan was filmed making a Nazi-style gesture during Atletico’s 1-0 loss at City in the first leg of their Champions League quarter final last Tuesday.

Uefa said last Friday it had charged the Spanish club with  “discriminatory behaviour”.