Qatar 2022: Brazil bet on dream to bring back Cup for sixth time

If 2002 campaign in Japan/Korea was about the trio of Ronaldo, Rivaldo and Ronaldinho, this time Neymar, Vinicius Junior, Raphinha, Rodrygo and Richarlison will be expected to lead 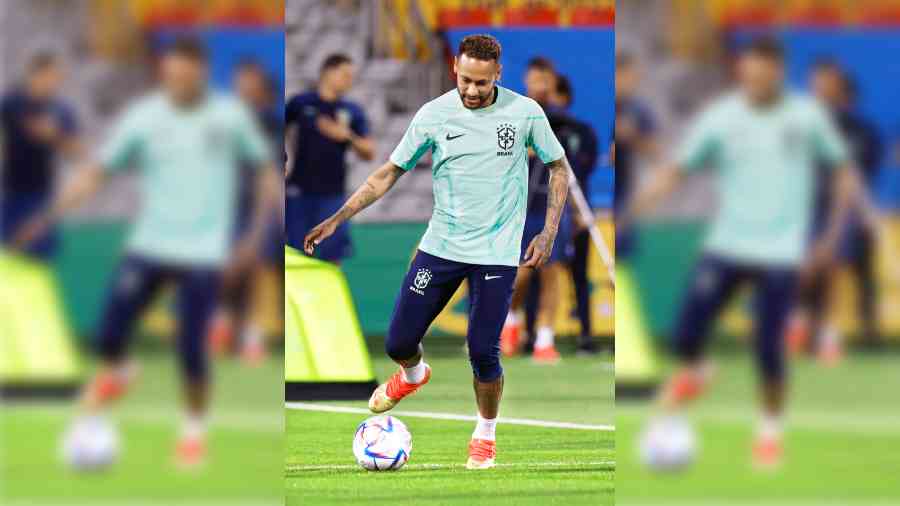 It’s always good to dream, Brazil coach Tite said on Wednesday as focus of the football world shifts to the Samba squad which begins its campaign for a sixth crown on Thursday.

Tite brings a Brazil squad to Doha which has an abundance of talent and skill up front but a somewhat ragtag defence. But they hope their attacking options will bring back the World Cup they last won 20 years ago. If the 2002 campaign in Japan/Korea was about the trio of Ronaldo, Rivaldo and an emerging Ronaldinho, this time Neymar, Vinicius Junior, Raphinha, Rodrygo and Richarlison will be expected to lead the Samba dance.

Tite said he can only be accountable for the last four years, his only complete cycle since Brazil lost against Belgium in the quarter-finals in Russia in 2018.

“In Russia we only had two years to fix the team and I came to the rescue. Now is different because I had the opportunity to build the team,” he said.

“I cannot take responsibility of 20 years. I am in charge for the last four years. We have a beautiful history and that gives us a great degree of pressure. We are a country which is passionate about football. Yes, there is pressure but dreaming is part of everyone’s life. It’s good to dream. Even if we cannot win, because there is only one winner, we will not stop to dream.”

The general sentiment is that Brazil will breeze though the group-stage with Serbia, Switzerland and Cameroon fighting for the second spot. But can big teams be so assured of a top-place finish after what happened to Argentina against Saudi Arabia and Germany against Japan?

“Yes, we know what happened to Argentina yesterday (Tuesday). We are aware of what setbacks other teams suffered. The result (at Lusail Stadium) serves as a reflection for us. It teaches us there is no easy moment in the World Cup,” Tite said.

The problem lies in the defence. Dani Alves, a surprise choice, is 39. Thiago Silva has not been in good form for Chelsea, Eder Militao’s role as a sideback will be watched and Marquinhos seemed to struggle at Paris Saint-Germain.

Serbia, on the other hand, is a strong team that relegated Portugal to the qualification playoffs last year. Aleksandar Mitrovic is in super form and along with Luka Jovic, could pose a few problems.

But Brazil captain Thiago Silva said he is in the form of his life. “You learn lessons the hard way. I am much more calm, better prepared, I have complete faith in my teammates,” he said.

Brazil, like Argentina have not played top quality European teams in the last four years and Tite, in April, had said that that could cost them the Cup. The Nations League designed by Uefa to weed out meaningless friendlies have hit South American teams hard as they were forced to play countries which are much weaker. Argentina learnt it on Tuesday, Brazil will get a fair idea of where they stand on Thursday.