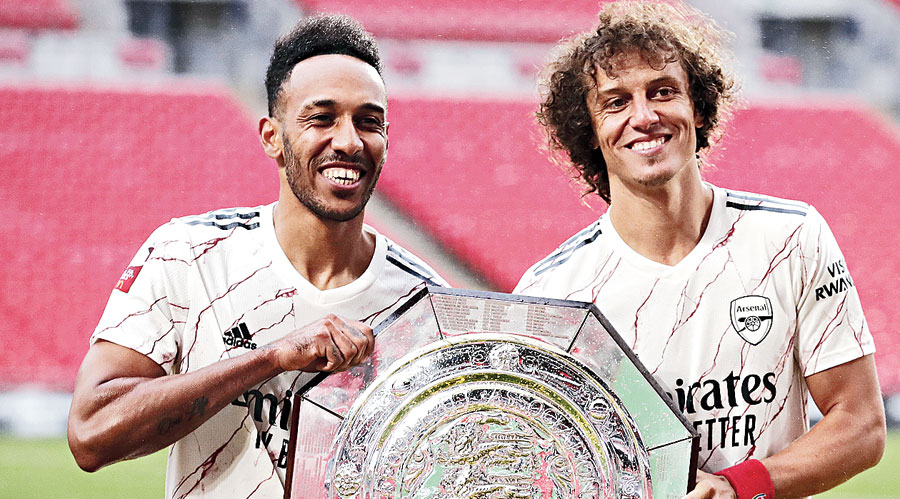 Pierre-Emerick Aubameyang scored a superb goal and netted the winning penalty in a shootout as Arsenal beat Premier League champions Liverpool in the Community Shield at an empty Wembley Stadium.

His curling strike gave FA Cup winners Arsenal the lead in the first half before Liverpool substitute Takumi Minamino equalised after the break.

Minamino’s flicked pass to Mohamed Salah bounced back kindly for him to slot home from close range. There was a quick VAR check for handball by Salah but the replay showed no clear contact.

Salah, Fabinho, Minamino and Curtis Jones all scored for Liverpool in the shootout, but late substitute Rhian Brewster blasted his shot onto the bar.

Reiss Nelson, Ainsley Maitland-Niles, Cedric Soares and David Luiz all scored for the Gunners before Aubameyang finished the job.

Aubameyang’s importance to Arsenal was shown in another impressive performance. Arsenal boss Mikel Arteta said on Friday he was “pretty confident” the skipper will sign a new contract.