The Azzurri will look to beat Switzerland on home turf. Finland are expected to throw the kitchen sink at Russia 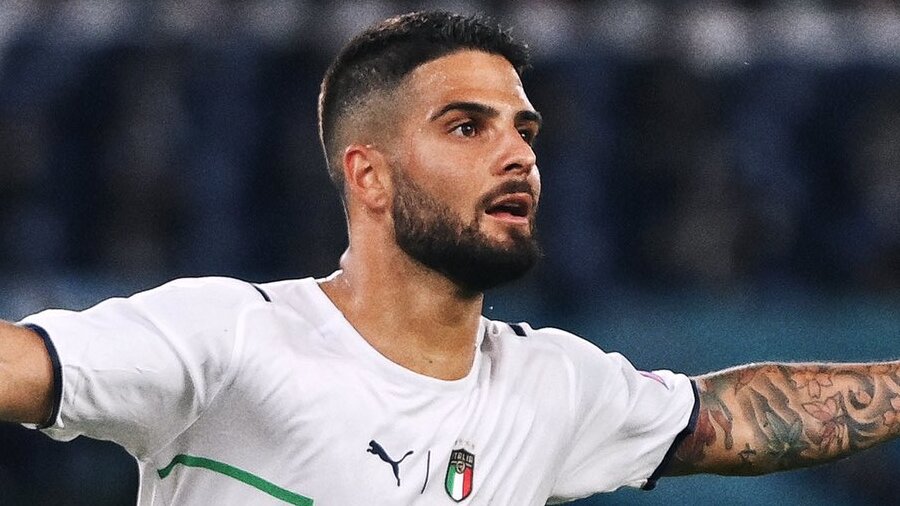 The Euro 2020 campaign is now picking up pace. Russia and Turkey will look to recover from their opening match defeats. Italy, who are eager to shrug off the burden of not qualifying for the 2018 World Cup, will look to thrash Switzerland on their way to the knockout stages. Wales will have to battle it out at the Baku Olympic Stadium, where Turkey fans are expected in hordes. Only 400 Welsh supporters have travelled to Azerbaijan to cheer Gareth Bale’s side on. While football freaks will have their eyes peeled on the Azzurri, tournament debutants Finland are expected to throw the kitchen sink at Russia.

Here’s everything you need to know about tonight’s action:

Christian Eriksen’s on-field collapse overshadowed Finland’s first ever win at the European Championship. Captain Tim Sparv revealed there were barely any celebrations in the dressing room. “It was very quiet,” Sparv said.

Now that the Eriksen episode is behind us, with the Danish footballer out of danger, Finland can probably celebrate if they seal a knockout stage berth by beating Russia at the Krestovsky Stadium. The two sides met last in the 1912 Sweden Olympics, where the Finns won 2-1.

In their tournament opener, Russia were beaten by Belgium 3-0. Injuries contributed to two of the five substitutions made by Russia coach Stanislav Cherchesov by the 63rd minute of the game, but the fact he used up his maximum allocation of changes so early indicated his discontentment and that he might not be so sure of his best team.

Finland, on the other hand, have a small, tight-knit group of players who know their roles inside-out under the guidance of coach Markku Kanerva, a former primary school teacher. And confidence can only be high after securing the biggest win in the country’s history against Denmark. Sparv said his fitness is improving after being sidelined for two months because of knee problems, and he managed to play 75 minutes against Denmark. Finland defender Joona Toivio did not take part in a training session on Monday because of a sore toe but is expected to be in the team.

The pressure is on Russia to win, especially since the team will wrap up their group stage with a trip to Copenhagen to play Denmark.

Apart from Joel Pahjanpalo, who scored the winner in the last match, Robin Lod should also trouble the Russian defence with his vast experience at the club level. Kannerva will hope Teemu Pukki strikes the right chord. Apart from captain Artem Dzyuba, Russia coach will expect attacking midfielder Aleksander Golovin, who has enjoyed a decent run with Monaco, to keep Russia alive in the tournament.

Turkey will be expecting a big boost from a supportive crowd in Baku, and they sure will need it. After a 0-3 loss to Italy without even a shot on target, Turkey will face a Wales team looking to build on their opening draw.

Azerbaijan is an ally of Turkey and the two countries have close cultural ties, so a large delegation of traveling fans and locals are expected. “The people of Baku, they are just making us feel that sensation of being the host of the game. So I would like to say thank you to my Azeri brothers for that,” Turkey coach Senol Gunes said via an interpreter.

Wales captain Gareth Bale is motivated enough to silence the crowd. “To be playing in these tournaments, you want to be playing in front of crowds and it'll be nice to have that atmosphere. I think you feed off the atmosphere. Of course, they're probably not saying some great things or booing us or whatever, but I guess you want to silence them. Gives you that bit more motivation,” said Bale.

Turkey have lost the opening game at every one of its five European Championship appearances, but bounced back to reach the semi-finals in 2008. Gunes drew a comparison to the Portugal team of 2016, which barely qualified from the group stage after three draws but went on to win the tournament.

“I think we're a team and a country that has to be together because otherwise there's bigger nations, there's nations with more money, more people, a bigger pool of players, that are going to be battling us,” said Wales midfielder Joe Morrell, who set up Kieffer Moore's equaliser in the game against the Swiss.

Turkey came into the tournament with high hopes and a string of players coming off good seasons at club level. Burak Yilmaz and Zeki Elik won the French title with Lille, while Hakan Calhanoglu had a strong season with AC Milan. For Wales, Kieffer Moore, who scored the equaliser in the Switzerland game, and midfielder Joe Morrell can be newsmakers again.

Italy can seal their progress to the knockout stages of the European Championship with a game to spare against Switzerland. There is excitement around the Azzurri after their comprehensive 3-0 win over Turkey on Friday to get Roberto Mancini’s side up and running in the tournament. Much was known about their typically solid defence but it was their attacking flair that caught the eye. The Azzurri will be playing in their own backyard, and that should work to their advantage.

After settling for a 1-1 draw versus Wales, Switzerland coach Vladimir Petkovic believes his side’s quality cannot be overwritten by Italy’s greatness. “We will respect Italy, but not too much. They are the big favourites, not only in our group, but in general in this tournament. We all saw the quality they showed against Turkey. But we have quality too and can surprise them,” Petkovic told the media on Tuesday.

Overall, Italy and Switzerland have faced each other on 58 occasions. Italy have won 28 times, while the Swiss have emerged victorious eight times.

Roberto Mancini is very confident about marching into the round of 16, but agrees there’s a lot of work to be done. “The Turkey game was difficult. But when we scored, they opened up. We will have to win the next one and if possible also the next one. We have to do our best. I am confident. This is an excellent team that can only improve. If the English bookmakers say (Italy are favourites), we accept it because they get it right, but the championship is still long. We have much work to do,” he told a media conference on Tuesday.

Players to watch out:

It is more likely that Mancini will not tinker with the playing XI that thrashed Turkey on Friday. Mancini will bank on Nicolo Barella and Manuel Locatelli to work wonders in the midfield, with Ciro Immobile and Lorenzo Insigne expected to fire up front. And for Switzerland, Petkovic will expect Remo Freuler to counter the Italian midfielders, and Xherdan Shaqiri to keep the Italian defenders busy.