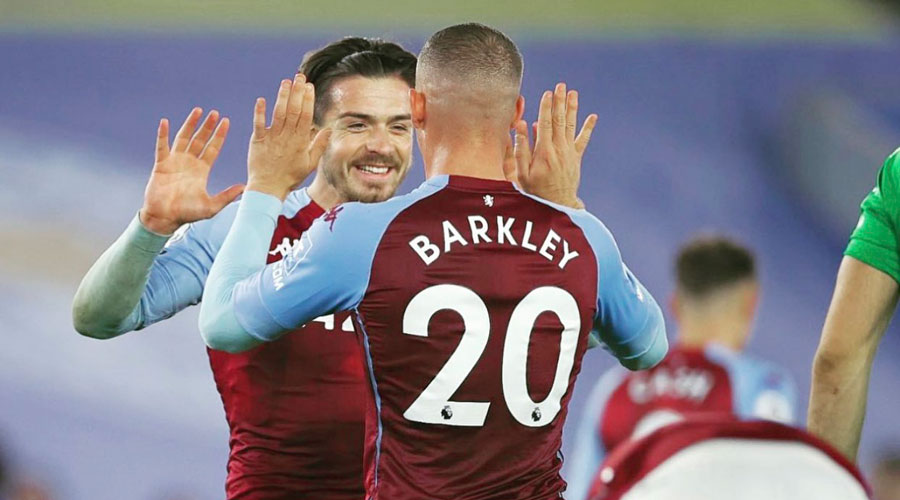 Ross Barkley celebrates with his teammates after scoring during the English Premier League football match between Leicester City and Aston Villa
Twitter/@RBarkley8
Reuters   |   Leicester   |   Published 20.10.20, 03:05 AM

A superb stoppage-time goal from Ross Barkley gave Aston Villa a 1-0 victory at Leicester City in a scrappy contest on Sunday that stretched the visitors’ perfect Premier League start to four wins. The result left Villa second on 12 points with a game in hand over leaders Everton, who have 13.

Barkley, who is on loan at Villa from Chelsea, snatched the winner out of the blue at the King Power stadium with a stinging low shot from 25m which left Leicester goalkeeper Kasper Schmeichel clutching thin air as the ball bounced in front of him.

“An important win today as they were on top but we improved and in the end deserved it,” Barkley told Sky Sports.

AS Roma forward Edin Dzeko scored his first two goals of the season as his side came from behind to thump Benevento 5-2 in Serie A on Sunday while Carles Perez crowned their performance with an outstanding solo goal. Roma have seven points from four games.