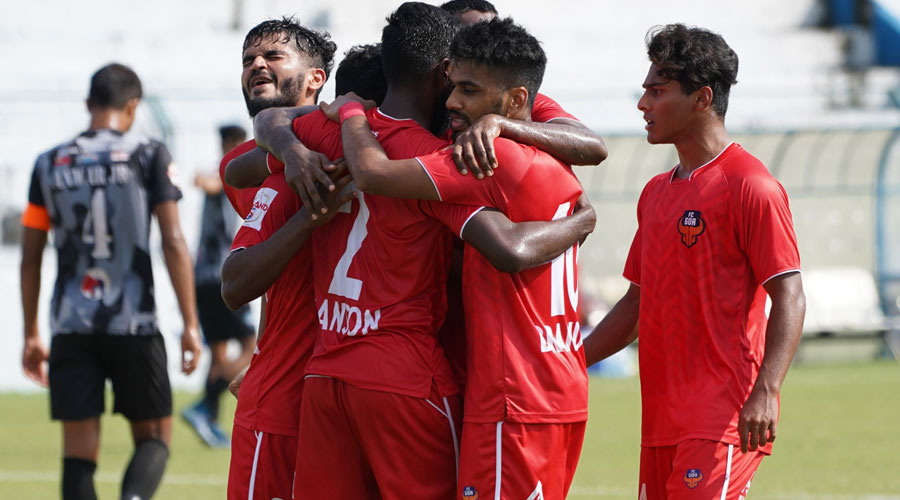 Goals from Devendra Murgaokar, Muhammed Nemil and Brandon Fernandez in the first half and Leander D’Cunha and Romario Jesuraj in the second, meant despite Delhi getting one back from Nikhil Mali, FC Goa will play the second semi-final on September 29 at the Salt Lake Stadium.

They await the winners of the quarter final between Bengaluru FC and Army Green on Saturday.

Delhi FC started well in the first quarter creating quite a few opportunities. Anwar Ali and Willis Plaza had their chances but failed to convert.

It was all FC Goa post that. In the 15th minute, Murgaokar scored the first goal and his fourth of the tournament to put FC Goa ahead. Nemil scored another three minutes later.

Brandon Fernandes then lobbed a curler from the left flank over Delhi goalkeeper Lovepreet in added time, to give FC Goa a cushion of three goals at half time. Jesuraj scored the fifth in injury-time.

D’Cunha was adjudged man of the match.