Deadly & decisive, the fine art of deception behind Jasprit Bumrah's 6-3-6-2

On a pitch where even a seamer with over 600 Test wickets didn’t seem to be at ease, he finished with an economy rate of 2.20 in the game with match figures of 4/94 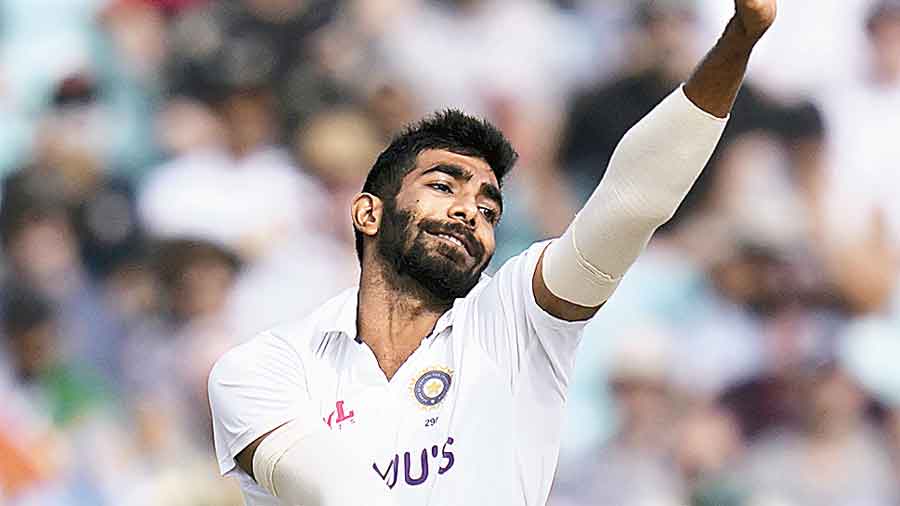 Instant success in his debut Test series when India toured South Africa in early 2018 made Jasprit Bumrah the team’s automatic choice across all formats as well as a pillar of the country’s fast bowling attack.

Whenever India have won a Test match abroad in the last three-and-a-half years, it’s Bumrah’s performance that has stood out on most occasions. In the ongoing series versus England, his spell (6-3-6-2), which was a brilliant exhibition of reverse swing during the final day afternoon at The Oval in London, played a crucial role in India securing a 2-1 lead with just one more Test remaining.

Reverse swing also depends on bowlers’ ability to clock sufficiently high speeds and Bumrah, now ninth in the ICC Test rankings, hovered around the 145kmph mark for much of his spell on the final day of The Oval Test.

So why does it get difficult for batsmen to tackle his bowling?

Former national selector Devang Gandhi agrees that Bumrah’s unorthodox bowling action is certainly a factor, but more than that, it’s his run-up and quick-arm action that create more difficulties for batsmen.

“If you look at his run-up , he’s just walking in his first 10 yards and then he’s accelerating in the last few. Sometimes batsmen react late,” the current Bengal U19 head coach, pointed out.

Legendary West Indies pacer Michael Holding too has a similar point of view. “I think what puts people off is Bumrah’s limited run-up and his powerful strong action that produces the pace.

“If he had a long rhythmical run-up and bowled with the same delivery action at the same pace, batsmen would not find it as difficult,” Holding, commentating in the series for Sky Sports, told The Telegraph. “Even Jeff Thomson and Lasith Malinga had ‘different’ actions, but they had a run-up through which batsmen could get some sort of rhythm from.”.

Sikander Bakht, former Pakistan pacer and an admirer of Bumrah’s bowling action, emphasised Bumrah as a complete pacer. “I’ve seen many bowlers with difficult bowling actions, but sometimes they miss that extra bite and bounce. Bumrah has everything: extra bounce, swing and movement,” Bakht said from Karachi.

Although Bumrah was operating with a ball more than 60 overs old on the last day of the previous Test, Ollie Pope and Jonny Bairstow were bowled before they had time to settle. The wide-of-the-crease angle was certainly a factor in Pope’s dismissal while Bairstow was beaten by an inswinging yorker straight out of the Waqar Younis play-book. Many have dubbed it the “ball of the series”.

“Going wide of the crease, he can bring the ball back in towards batsmen and also take it away from them,” said former Bengal seamer Ranadeb Bose.

“From his release point, he changes his wrist-positioning in a fraction of a second, making life harder for batsmen,” Bose added.

Though he has excellent command of the yorker, being a white-ball specialist before his Test debut, Bumrah uses it as a surprise weapon, particularly in the longest format.