Will Pucovski set to miss Ashes opener after concussion setback 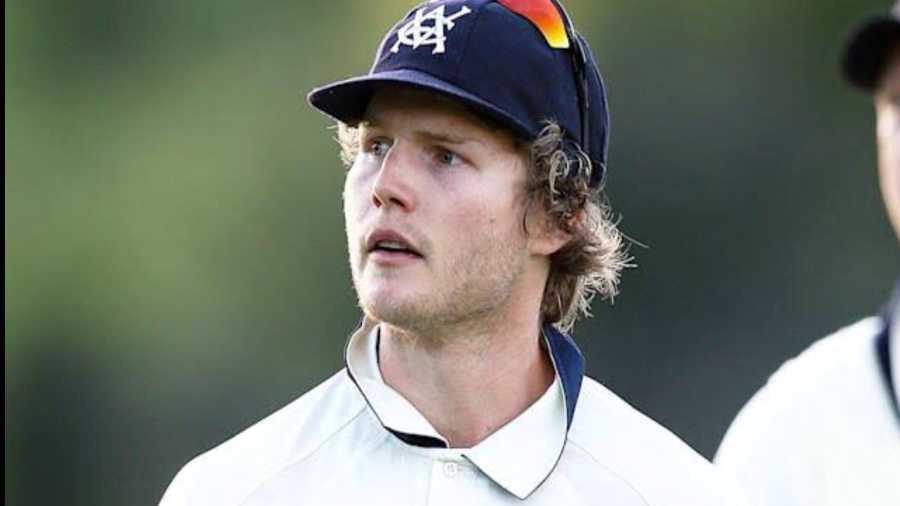 Will Pucovski is set to miss the start of the Ashes series against England after his state coach ruled the promising top-order batter out of a first-class match in Australia because of another concussion setback.

Victoria coach Chris Rogers on Wednesday said he didn't expect the 23-year-old Pucovski to be available for the Australian test squad until midway through the Ashes series, which is scheduled to start Dec. 8 at the Gabba in Brisbane.

"It's no doubt a setback," Rogers told reporters two days before Victoria was due to play New South Wales in the Sheffield Shield competition.

He hasn't quite recovered as well as hoped ... from the concussion.

Rogers, a former test opening batter, said national selectors were taking a long-term view with Pucovski and wanted to give him time to recover rather than rush him back into domestic cricket.

No doubt there's a lot of frustration for him, he wants to be playing, Rogers said. He hasn't played for seven months and to walk straight back into the cauldron and have to perform against very good opposition, that is going to be really difficult. And that would have been playing on his mind also."

Pucovski was initially selected in Australia's test squad in 2019 but didn't make his test debut until he faced India at Sydney in January, scoring 62 in his first innings but then dislocating his right shoulder in a fielding mishap. He needed surgery and was ruled out for six months.

After returning to training last month he sustained another concussion, reportedly the 10th of his career, and was still experiencing symptoms this week.

Of course he wants to play for Australia for a long time to come," Rogers said. "There's a strong desire to get him into that Australian side because he's such a talented player and a lot of people recognise it.

We have got to be mindful of the fact that we want him to have a long career ... So there has got to be some thought around what is in his best interests and how that plays out.

England players will start arriving in Australia later this week to start preparations for the five-test series. They'll be joined later in the month by players in the England squad contesting the Twenty20 World Cup.

Australia is preparing to have an internal probable vs. possible trial match on the Gold Coast, an hour south of Brisbane, leading into the Ashes series.