Virat hopes to catch them right

The dew factor, which mostly likely will play a role at the Eden, is something that appears to be a concern for India 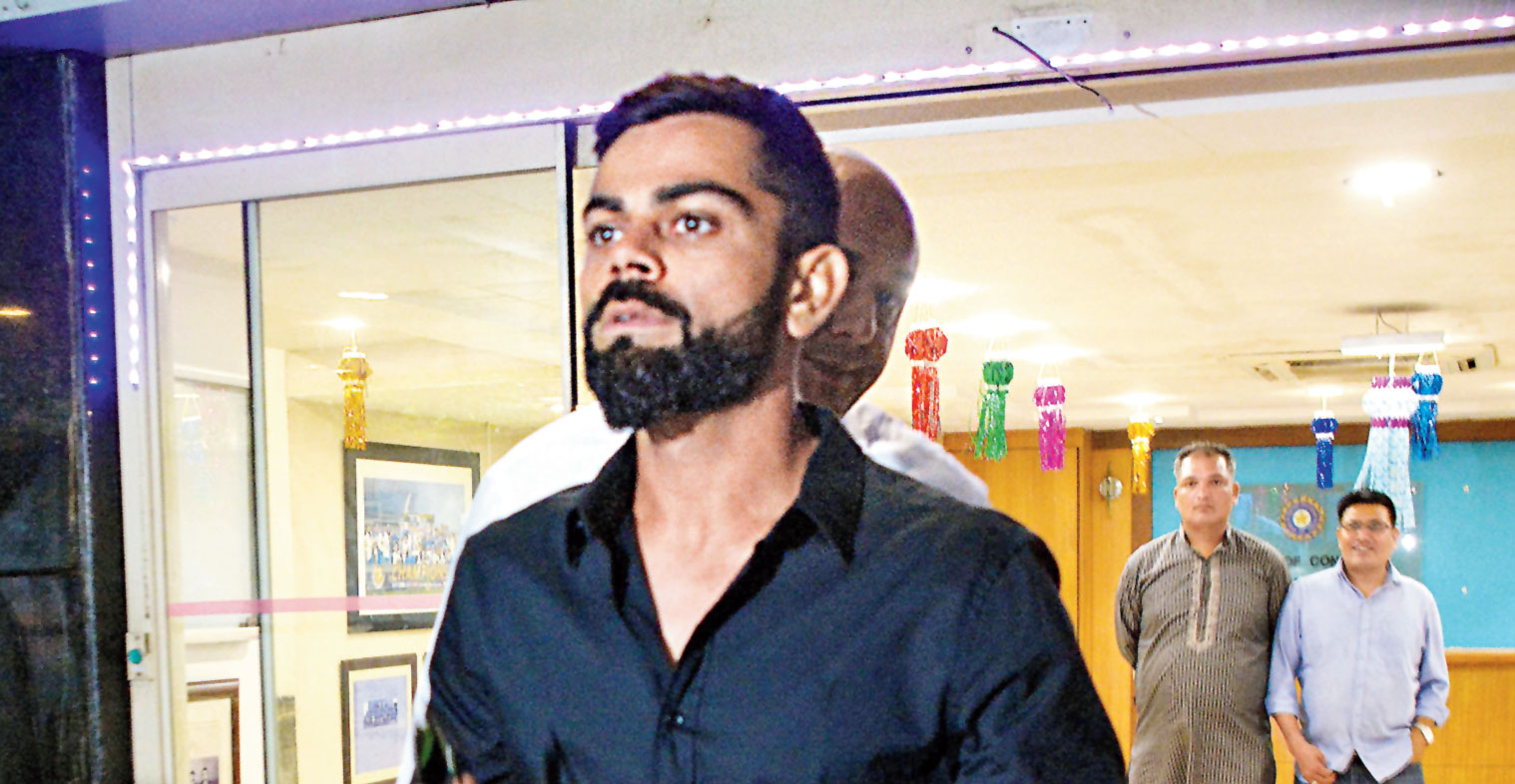 “But people are going to be surprised how challenging fielding is going to be with this ball,” Kohli explained
File picture
Sayak Banerjee   |   Calcutta   |   Published 21.11.19, 09:05 PM

India captain Virat Kohli spoke about the difficulties of fielding — not batting, not bowling — with the pink ball ahead of the Day-Night Test against Bangladesh, at the Eden.

“The thing I was surprised with were the fielding sessions: how the ball hit your hand so hard while fielding in the slips… It almost felt like a heavy hockey ball. Like those synthetic balls we would play with when we were younger. It’s purely because of the extra glaze on the ball,” Kohli said at the match eve media conference, on Thursday.

“It felt a little heavy and the throws took a lot more effort, than what it is with the red ball, to reach the ’keeper. And it was also very difficult when the ball was in the air, the nature of its dip, so during the day, high catches will be very difficult. We had to watch the ball straight into our palms more often than not.

“With the red and white balls, you just catch with an idea of how fast the ball is coming down. But with this one, if you don’t look at the ball into your palms, it is gone.

“So, the fielding session for me was far more challenging. Regarding batting, as I said, the mind was already tuned into being solid in our defence and technique, so we did not have that many difficulties as we had practised with it.

“But people are going to be surprised how challenging fielding is going to be with this ball,” Kohli explained.

After the India-Bangladesh Test at Eden Gardens was officially announced as a Day-Night pink-ball game, the Board of Control for Cricket in India (BCCI) president Sourav Ganguly said captain Kohli took just three seconds to agree to his proposal.

Kohli was asked what made him change his mind after India had disagreed to play a Day-Night Test in their tour of Australia last season.

The captain replied: “We wanted to get a feel of pink-ball cricket… Eventually, it had to happen, but you can’t bring up those things before a big tour. Look, the thing was to experience the pink-ball Test in our own conditions first so that we get a hang of how the ball behaves and what’s the way to sight the ball.

“Two days before a tour you can’t get on to a plane and say that you are going to play a pink-ball Test in a week’s time.”

The dew factor, which mostly likely will play a role at the Eden, is something that appears to be a concern for India.

“In India, we have one big factor which is the dew. I spoke to the Match Referee as well on Wednesday and it is something we will have to speak about and discuss as we go along with the game.Dew will be a factor in the last session most probably,” Kohli said.

Kohli does agree that batsmen need a solid technique and “a more compact game” in order to succeed against the pink ball.

“I think in general, if you haven’t played with the pink ball before, it is going to be challenging throughout the game. It will require more concentration, solid technique and a more compact game compared to the red ball.

“In addition, on not having great visibility or the ability to pick that colour, it makes things even more difficult.”

“The last time the Eden had such a buzz, such excitement, was before the India-Pakistan T20 game (in 2016 World T20). There too you had VIPs and they were felicitated and the stadium was packed.

“I think the atmosphere will be similar. It can be daunting, intimidating, but (breaking into a smile) very exciting as well,” the skipper said.

“The first hour of the game is the one to look forward to,” Kohli pointed out.