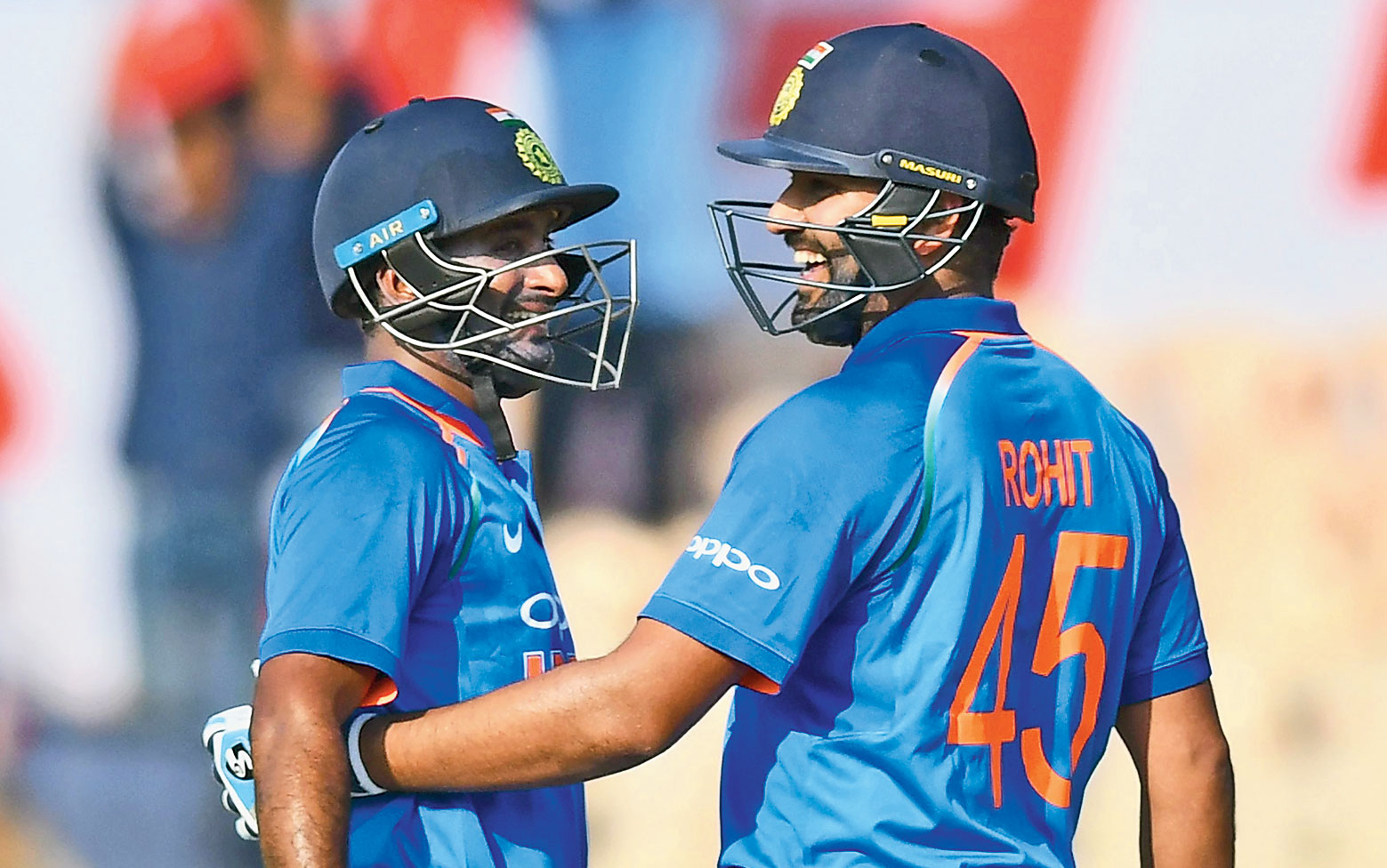 Stunned in the last match, India hit back with an absolutely authoritative performance in the fourth ODI of the five-match series against the West Indies.

The match at the Brabourne Stadium saw India destroy the Caribbean side by 224 runs to take a 2-1 lead in the series. It was complete dominance in all departments from India, something that pleased captain Virat Kohli.

Speaking at the post-match presentation ceremony, Kohli said he was happy that the team regained rhythm.

“Definitely, we are back on track. We ticked all the boxes, we were clinical in all three departments… That is something I’m proud of… We got back into rhythm. We were put under a bit of pressure in the last match, but we are known to bounce back… Am happy that we could do that,” said the India captain.

There has been a lot of talk about the No.4 position in the India batting line-up.

Kohli expressed satisfaction with how Ambati Rayudu has been performing in the middle order.

Rayudu and Rohit Sharma were the architects of India’s mammoth total of 377 for five on Monday. While Rohit smashed 162 off 137 balls, Rayudu hit an 81-ball 100.

Speaking about Rayudu, Kohli said: “Rayudu has taken his opportunities with both hands, and that is why I say we need to back him till the 2019 World Cup. He reads the game well and he bats with intelligence. He is confident man. He is feeling well about himself.”

On the bowling front, young pacer Khaleel Ahmed and spinner Kuldeep Yadav took three wickets each as the Windies were bowled out for 153 in 36.2 overs.

“Khaleel is an exciting talent. If the pitch has something to offer, he can extract something… He bowled in the right areas, not too full, not too short. Happy to see him make the ball talk.”

Rohit was rightly adjudged the Man of the Match for his explosive innings.

Praising the overall team effort, Rohit said: “It was a very clinical performance from us. A big partnership always helps and we had one today which was the game-changer. In all the four games of the series so far, we’ve had big partnerships that have allowed us to stay in the game and post big totals. We have understood the importance of them. And once you’re set, you need to make it count. Rayudu and I did that.”

“It was also heartening to see us bowl as a unit. This kind of performance was a long time coming. I was very happy to see such a dominating performance from the bowlers… The pacers were swinging the ball, the spinners were turning it.”

Rohit also took three catches on the day. About that, he said: “I’ve been doing slip catching for a while now. The catches always come, but it is important to hold on to them… When you’re fielding in the slips, especially for someone like Kuldeep, it’s not easy to read off his hand. But I have learnt to be ready for his googly by batting against him in the nets.”

Khaleel, on the other hand, credited hard work for his success.

“I thought there will be moisture in the evening, so I wanted to utilise it. And then when I found the swing, I decided to stick with that line and length.

“After joining Team India, I have been working on these skills. A lot of input from bowling coach Bharat Arun has helped as well.

“I like to appeal a lot because that makes the batsman uncomfortable, even if I can't get a wicket.”