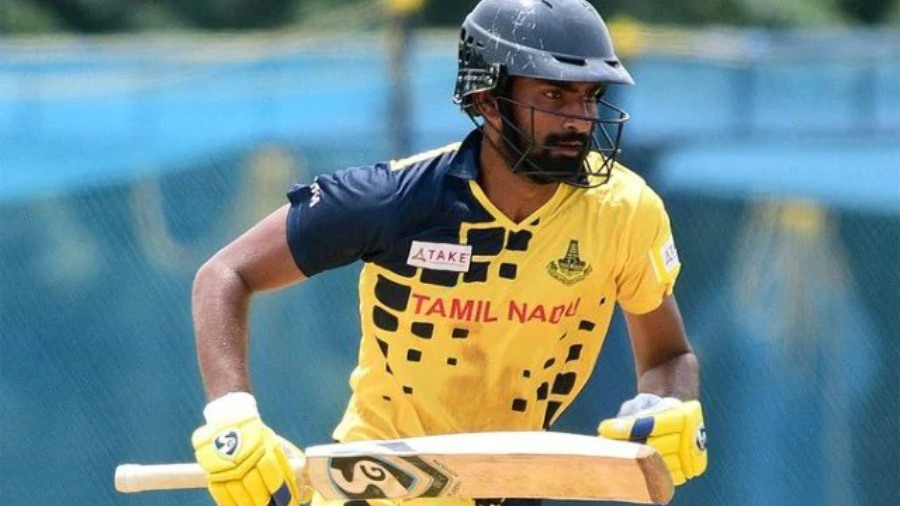 Tamil Nadu batter Narayan Jagadeesan on Monday broke the world record for the highest ever individual score in List A cricket by hammering a 141-ball 277 against Arunachal Pradesh in Vijay Hazare Trophy here. The 26-year old bettered the record of Ali Brown's previous high of 268 for Surrey against Glamorgan in 2002. The Indian record for highest list 'A' score of 264 by Rohit Sharma in an ODI against Sri Lanka was also obliterated in the process.

By reaching 200 off 114 balls, he also made the fastest ever double ton in List A history. The right-handed batter also made a new mark by scoring his fifth consecutive List A century.

He also went past Prithvi Shaw (227 vs Puducherry in 2021) for the highest score ever in Vijay Hazare Trophy.

Jagadeesan's opening wicket partnership of 416 with B Sai Sudharsan, who made 154 (102 balls, 19 fours, 2 six) is also a record for the highest partnership for any wicket in List 'A' cricket.

He had on Saturday hit a fourth straight hundred to join Kumar Sangakkara, Alviro Petersen and Devdutt Padikkal to record centuries in four consecutive List A innings.

Jagadeesan's tons in the ongoing Hazare Trophy tournament have come against Haryana, Chhattisgarh, Andhra and Goa apart from Monday's mammoth 277 against Arunachal.

The Tamil Nadu 'keeper-batter was recently released by Chennai Super Kings ahead of the IPL auction next month.